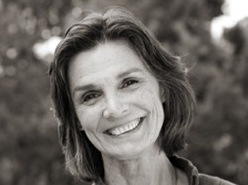 While running her restaurant, Café Sparrow, Sharon raised two children. She also met Dzongsar Jamyang Khyentse Rinpoche, who became her Buddhist meditation teacher and inspired her to slow down her life and begin investigating the intersections of Buddhism, cooking, and compassion. 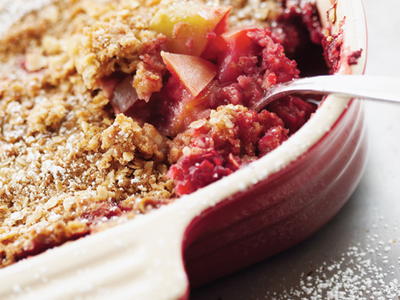 Sharon Louise Crayton has been involved with cooking and food for more than 30 years.

After studying nutrition and French cooking at San Jose State University in California, and then in and around San Francisco, she began creating recipes for companies such as S&W Foods, Foster Farm Chickens, Del Monte, and Spice Islands.

When she struck out on her own, she opened the Café Sparrow, a California-French fusion restaurant, in Aptos, California, where she was proprietor, chef, and maître d’.

Sharon sold Café Sparrow in 1989 and completely immersed herself in the study of Western and Chinese herbal medicine, food theory, and acupuncture. Eventually, she began traveling the world. Her journeys took her for long periods to Dordogne, France, and to Portugal, where she honed both her culinary skills and her Buddhist knowledge, cooking fresh, simple, lovingly prepared meals for some of the great Buddhist masters of our time. 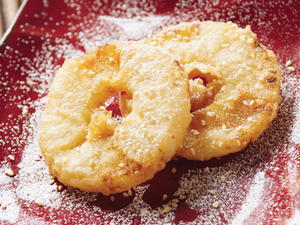 These pineapple fritters, crisp and tart, are served piping hot sprinkled with sugar, toasted sesame seeds, and a sprinkle of rum or rice... 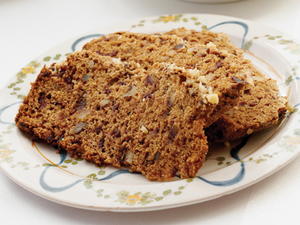 This excellent teacake, full of dates and topped with roasted walnuts, is often served thinly sliced at English tea tables. The English d... 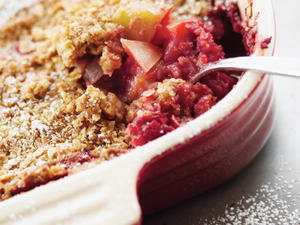 Here's an easy dessert recipe that can be baked year-round! This Fresh Fruit Crisp incorporates in-season fruits (but frozen can be used, too), resulting in a crisp that you will want to serve at your next book club meeting or even after a big family meal. The crisp can be mixed and ready for baking within minutes, making this recipe the perfect choice the next time you need to make dessert in a hurry. 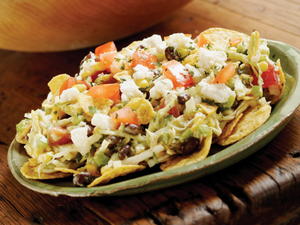 This big meal salad is loaded with beans, chilies, tomatoes, cheese, and tortilla chips and tossed with a creamy, spicy guacamole dressin... 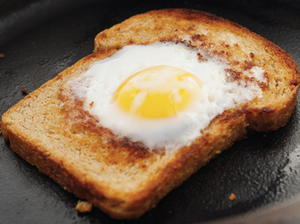 A friends father used to make this dish as a weekend treat when she was a child. Kids like the trick of the egg inside the bread. Using ... 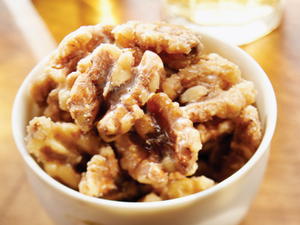 These make excellent Christmas gifts wrapped in pretty bundles. People are always wanting more and look forward to receiving them each ye... 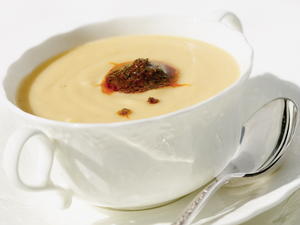 In the English countryside outside Cambridge is a house called the Old Vicarage, which used to be the priest’s house for the church acros... 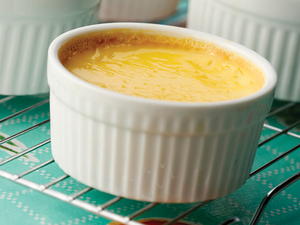 This custard calls for more eggs than most, with extra soft results. Use high quality ingredients, especially fresh eggs and milk. The ca... 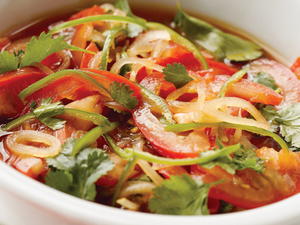 Condiments in Indonesian cooking are just as important as the savory dishes they are served with. Meals come with a small platter of thre... 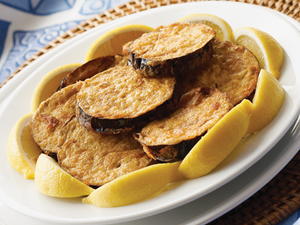 Lightly browned, crispy on the outside, soft in the center, and lightened with a squeeze of lemon, slices of fried eggplant can really hi... 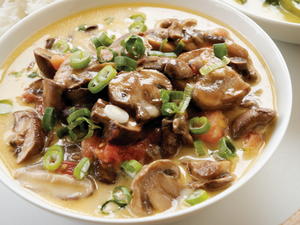 Quick Mushrooms and Cheese for Rice

Many varieties of mushrooms can be found in the countryside of Bhutan, which is nestled in the Himalayas and bordered by Tibet, Sikkim, a... 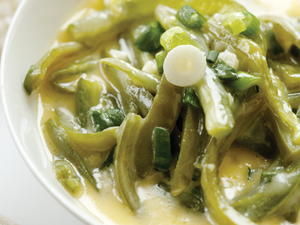 Chili and Cheese Paste for Rice 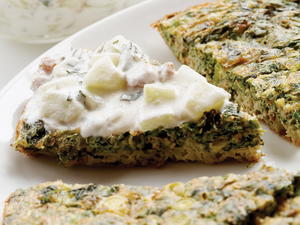 Rasht is an Iranian village near the Caspian Sea with a humid climate favorable to growing fresh vegetables and herbs. This dish is calle... 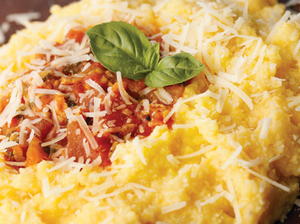 The traditional Abruzzi way to serve coarse ground polenta is sulla tavola, on a board. The polenta is cooked to a creamy consistency, po... 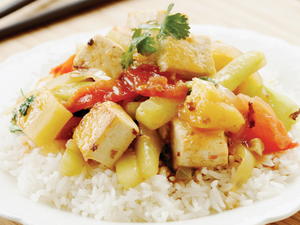 This recipe is served at the Jamjuree Thai Kitchen in Yangon, the capital of Myanmar (formerly Burma). The restaurant sits facing a huge ... 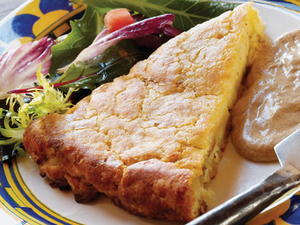 Brittany is a region in the northwest corner of France with chilly sea weather, so potatoes and other hearty foods are extremely popular ... 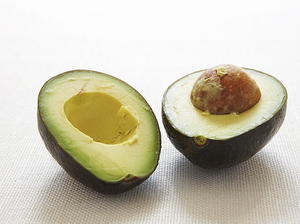 This dressing is creamy and smooth, with the flavors of garlic, chili, and lemon juice. It is suitable for a taco salad or as a dip for f... 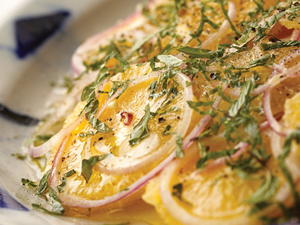 Sicilians often eat this insalata with good crusty bread and a glass of white wine. The oranges and lemons are drizzled with just a littl... 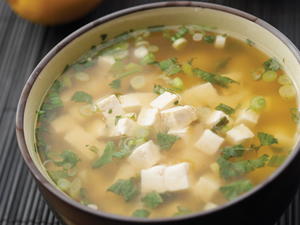 Miso, a fermented paste made from soy beans, grain, salt, and bacteria, comes in a full range of flavors and colors. White miso, also cal... 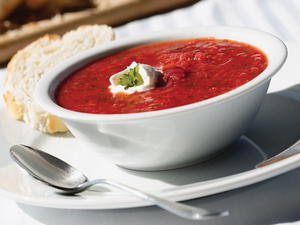 Because Central Asia is so cold, the people rely on culinary staples that are substantial and warm. The vodka helps, but a hearty root-ve... 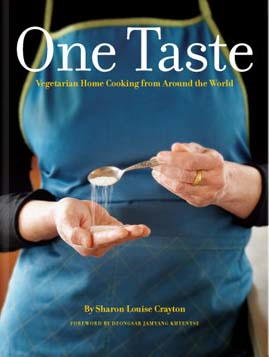