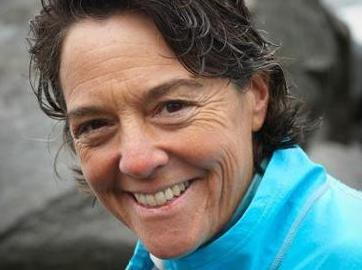 To help pay her way through college, Linda worked as a cook and deckhand aboard the sword-fishing boat Walter Leeman during her summers. 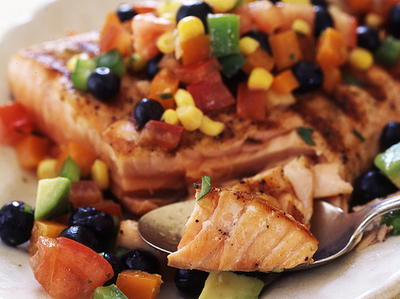 Linda Greenlaw is the bestselling author of The Hungry Ocean, The Lobster Chronicles, and All Fishermen Are Liars, and is the first and only female swordfish captain in the Grand Banks Fleet. Born in Connecticut, she was raised in Maine and graduated from Colby College.

After swordfishing for many years, Linda moved to writing. This came after Sebastian Junger's depiction of her in his book, The Perfect Storm, and the portrayal of her in the subsequent film of the same name.

“Publishers basically invited me to write something,” Linda explains, and her first book, The Hungry Ocean, was published in 1999. It became a New York Times bestseller, as did her two subsequent memoirs, The Lobster Chronicles (2002) and All Fishermen Are Liars (2004). Linda is the winner of the U.S. Maritime Literature Award in 2003, and the New England Book Award for nonfiction in 2004.

In 2007, Linda turned to fiction, with her mystery, Slipknot, followed in 2008 by Fisherman’s Bend.

In 2005, Linda coauthored Recipes From A Very Small Island with her mother, Martha Greenlaw. The island is Isle au Haut, Maine, where the Greenlaws currently live and where the family has spent summers for generations. Both mother and daughter contributed recipes to the book and Linda wrote a series of essays offering an insider’s view of life on tiny Isle au Haut, including one on the improbabilities of pulling off an authentic clambake. In 2011, they published their second cookbook, The Maine Summers Cookbook: Recipes for Delicious, Sun-Filled Days.

She has been featured on Good Morning America, Today, CBS Sunday Morning, The Martha Stewart Show, and National Public Radio. When Linda is not touring, she lives on Isle au Haut, where she captains a lobster boat. Her 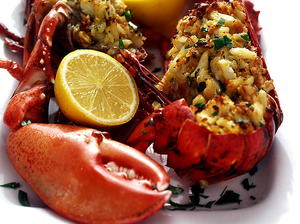 Lobster might be a New England classic, but there's no reason why you can't enjoy its buttery flavor no matter where you are. This Baked Stuffed Lobster recipe incorporates a delicious seafood stuffing made with crab meat to add a savory component to the lobster's delicate flavor. This baked lobster recipe works best with live lobsters so it's not for the faint of heart, but if you step outside of your comfort zone a little, you'll be rewarded with this delicious seafood dish that's an impressive addition to the dinner table. 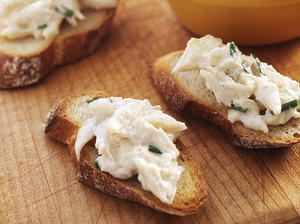 Robinson Cove, named for my husbands family, is on the west side of Isle au Haut. When Jim was a boy he spent all of his summers at the ... 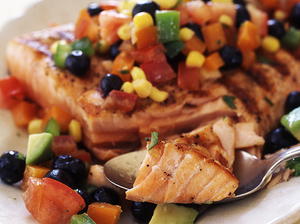 A new twist on a beloved fish gives a Mexican spin to your dinner. If you love blueberries you will enjoy this refreshing salsa that contains blueberries and corn. Grilling salmon just right, flaky and appealing, with a chilled and colorful salsa is a great dish to serve to guests in the summer months, Using in-season ingredients, like blueberries and corn, give a fresher take on this tasty sauce, which will cool off your palette. You can pair other cold dishes such as cold asparagus with a tangy sauce that will be sure to help you keep cool and help you enjoy the season that promotes relaxation and taking advantage of the outdoors. 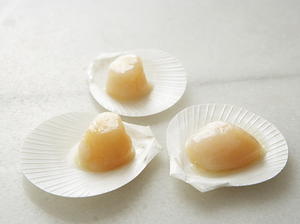 A friend who spends the winter months dragging for scallops showed up at my door one evening bearing a gift of two gallons of freshly shu... 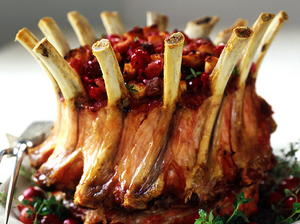 Crown Roast of Pork with Cranberries

A crown roast of pork is made from two center racks of ribs connected and formed into a circle. You may be more familiar with a crown roa... 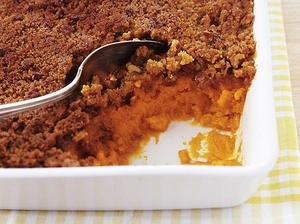 Jim and I lived in Pennsylvania for a few years and it didnt take me long to make friends with Ginny Brehmer, a fellow Mainer. Ginny was... 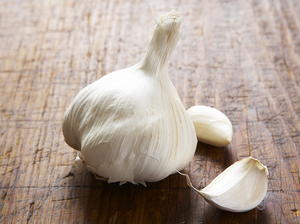 Braised Chicken with Garlic and Fennel

There's nothing like a hearty chicken dinner at the end of a long day. Braised Chicken with Garlic and Fennel is the perfect thing to make if you're looking for dinner ideas that will please the whole family. Fennel adds a delicious, unique flavor to the finished dish, and the potatoes help make it a full and filling meal. This braised chicken recipe does take some time to make, but the result is well worth it - the combination of tender vegetables and braised chicken make this a meal you won't soon forget. 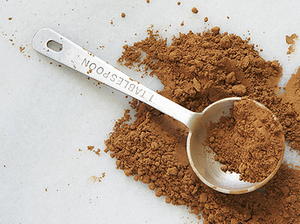 I don’t bake a lot of cakes but this easy chocolate one is a family favorite. I make it plain, without frosting, as a snack cake to have ... 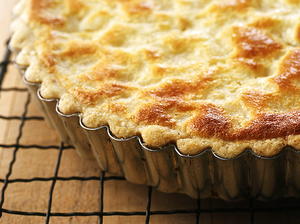 The last time I made this tart Linda’s boyfriend Simon was a dinner guest. He loved it so much, I decided then and there to name it for him. 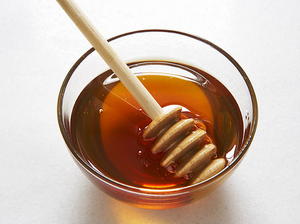 When we were building our cottage on Isle au Haut, we spent a great deal of time at my sister Gracie’s house. My kids just loved staying ... 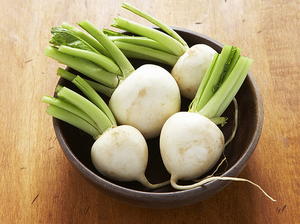 Peas and Turnips with Dill Butter

I use dill butter to flavor fish and vegetables so often I guess you could call it one of my culinary signatures. I grow fresh dill in a ... 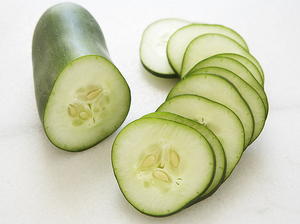 I collect cookbooks and cooking magazines. Because I am totally addicted and can’t bear to throw them out, I have a cluttered house to sa... 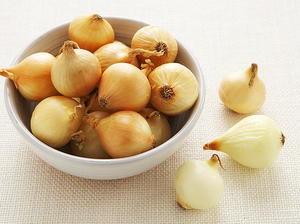 During the early years of our marriage, Jim and I and our two older daughters, Rhonda and Linda, lived in Waterville, Maine. We had Armen... 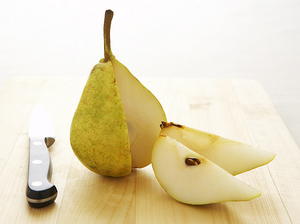 If you’ve never thought of putting cranberries and pears in the same dish, you’ll be especially pleased with this dessert. This crisp is ... 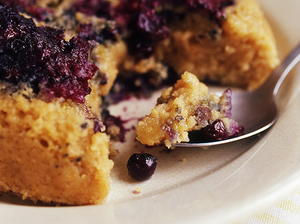 When our kids were young and we came to the island, we were all absolutely starving by the time the mail boat docked. Luckily, it was usu... 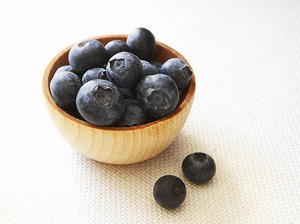 Let’s face it: Blueberry pancakes are usually the result of a very poor blueberry-picking expedition. I would imagine that my mother was ... 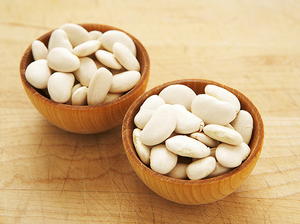 My mother baked beans every Saturday night, and she usually made coleslaw and hot biscuits to go with them. There were six of us children... 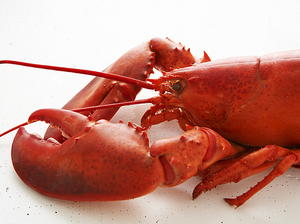 During the summer months, lobster rolls are by far the most popular lunch item on the Maine coast. When I open the refrigerator and see t... 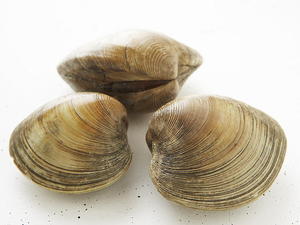 Half the fun of putting together a clam chowder is digging the clams. We are lucky to have several flats for clam digging on the island, ... 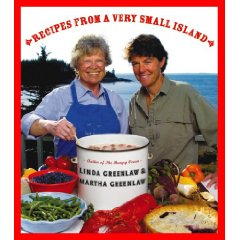 Recipes from a Very Small Island