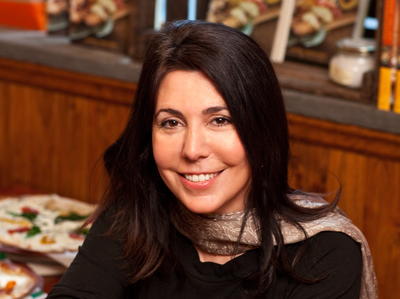 Laura says she wants to “help people eat healthily and above all, happily.” In the fifth anniversary issue of O, Oprah Magazine she was named as one of the five most “gifted and giving” food professionals. 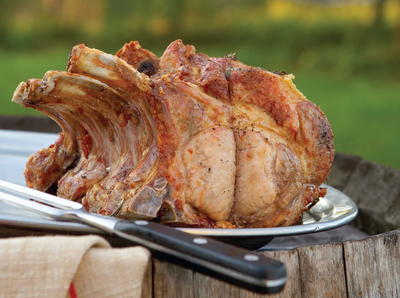 Laura Pensiero is a restaurateur, chef, business owner, cookbook author, magazine writer and dietician. She has devoted her culinary life to celebrating the farmers and food from New York’s Hudson Valley, and to promoting healthful eating.

Laura is the author of Hudson Valley Mediterranean: The Gigi Good Food Cookbook and The Strang Cancer Prevention Center Cookbook. She contributed recipes to the Da Fiore Cookbook and others.

She created Gigi Hudson Valley, a broad-based company dedicated to highlighting  New York farmers and their products through her restaurant, Gigi Trattoria in Rhinebeck, New York; her café and store, Gigi Market in nearby Red Hook, features Hudson Valley products. She also has a line of Gigi-branded products.

A graduate of the French Culinary Institute and a registered dietician, Laura has worked with health-care institutions such as Memorial Sloan Kettering Cancer Center and Strang-Cornell Cancer Prevention Center. She is also a partner in and chef for Just Salad, developing menus and recipes for a rapidly expanding chain of healthful fast-food eateries with locations in New York City and Hong Kong.

Laura is a board member and educator for Healthy Children Healthy Futures, a national after-school child health program.

She lives in Red Hook, New York. Her website is http://www.gigihudsonvalley.com/ 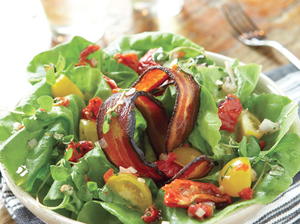 Put bacon on the menu and it sells! Bacon means flavor, and that is certainly true of the Mountain Products Smokehouse variety, which happens to be nitrite-free. In the summer months we serve this salad with a light roasted-tomato vinaigrette in cooler months we switch over to a creamy goat cheese dressing made with local buttermilk and Lively Run Goat Dairy feta cheese. 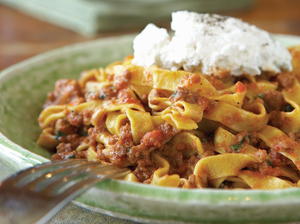 This hearty sauce from the Emilia-Romagna region of Italy can be tossed with just about any kind of pasta, but it is especially divine wi... 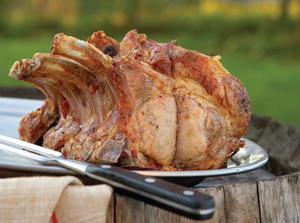 This succulent roast is easy to prepare, gorgeous to look at, and best of all, wonderful to eat. Lavender grows in the herb garden right ... 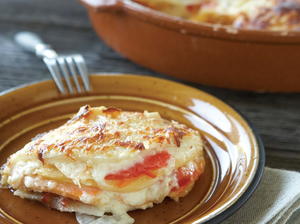 I started preparing this dish for guests about ten years ago, and now I cannot entertain in the fall or winter without a request for it. ... 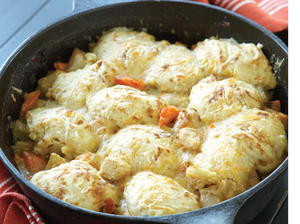 I love the one-pot feature of this soul-stirring fall or winter stew, which goes from stovetop to oven straight to the table. Its present... 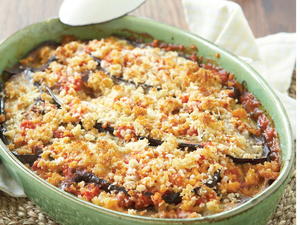 I never understood the appeal of eggplant Parmesan until I traveled in Sicily, where it is all about the eggplant rather than the breadin... 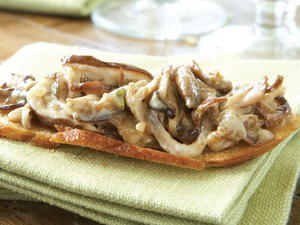 We use mushrooms from Wiltbank Farm in Saugerties to prepare this earthy and creamy rag, which we toss with our handmade pasta and use t... 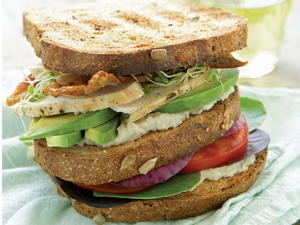 Friends always jokingly encourage me to open a soup-and-sandwich shop—usually after I’ve coerced them into hours of hard labor in my gard... 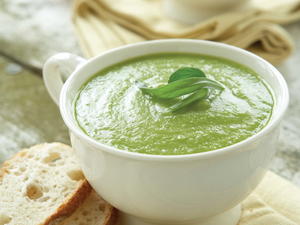 I’m not quite ready to give up hot soup in the spring, but I definitely want an “enlightened” change from the hearty ones of winter. We b... 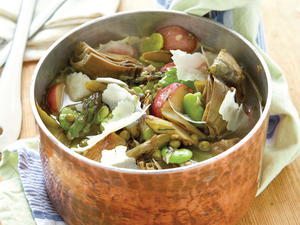 The classic summer vegetable stew is often referred to as “ratatouille.” What could be better than cooked-down garden tomatoes, summer sq... 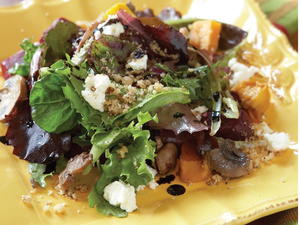 The Barbina is the most popular salad at Gigi Trattoria. Almost every ingredient is purchased locally, including baby greens from Sky Far... 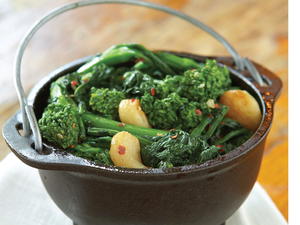 This is an every-season side dish at Gigi Trattoria. We also use this as the base for our broccoli rabe pesto, to fill stuffed pasta, and... 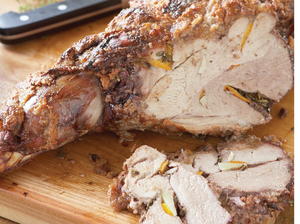 You can’t beat the presentation of a bone-in leg of lamb, and this recipe is a showstopper. I serve it during the holidays and throughout...