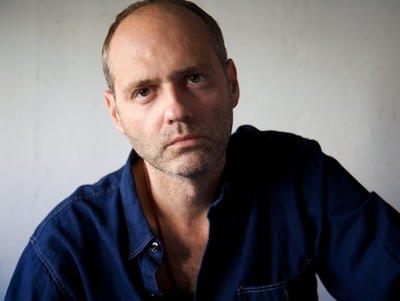 At his mother-in-law’s table in Barcelona, Jeff learned how a simple staple (rice in the form of her seafood paella) could be transformed into something not only sublimely delicious but also an anchor to both family and community. Everything, it seems, passes through the paella, he says.

His new book, Darjeeling: The Colourful History and Precarious Fate of the World’s Greatest Tea, will be published by Bloomsbury in 2015.

He is the author of four cookbooks. Spain: Recipes and Traditions was published in 2013 to glowing reviews and was named one of year’s best cookbooks by the New York Times, NPR’s Here and Now, Entertainment Weekly, Mother Jones, Poor Man’s Feast, the Washington, D.C., public libraries, and elsewhere.

Morocco: A Culinary Journey with Recipes (2012) was named a top cookbook by the CS Monitor. Publishers Weekly ran three pieces on the book: “Some international cookbooks stimulate appetites and others induce wanderlust—this survey of Moroccan cuisine does both. Food writer and photographer Jeff Koehler captures the complexity of his subject matter with the exacting detail of a scholar and the color and sensuality of a spice market.” Koehler, another PW reviewer wrote, had “produced a cookbook that’s almost too pretty to sully with crumbs. Almost. If only the recipes here, spanning iconic dishes to street foods, weren’t so darned appealing.”

Rice, Pasta, Couscous: The Heart of the Mediterranean Kitchen (2009) was called “a palate-rousing roundup for those with a taste for travel” (Publishers Weekly). “Koehler’s patient, detailed instructions and color commentary are transporting.”

And his first book, La Paella: Deliciously Authentic Recipes from Spain’s Mediterranean Coast (2006) has become the standard on Spain’s iconic dish and was named by the New York Times as a noteworthy cookbook. It has gone through numerous printings and continues with strong sales, often the number one selling Spanish cookbook on Amazon.com.

He has largely photographed his own cookbooks: NPR called the photography in Spain “simply stunning,”Publishers Weekly noted the “sumptuous photograph [that] complete the almost-like-being there experience” inMorocco, while the Chicago Tribune called that same book “beautifully photographed.”

A Seattle native and graduate of Gonzaga University, he spent four years traveling in Africa and Asia before settling in London to do his post-graduate work at King’s College London. In 1996, he moved to Barcelona, where he has lived since. He and his Spanish wife have two daughters. 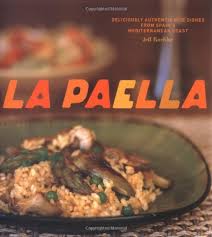