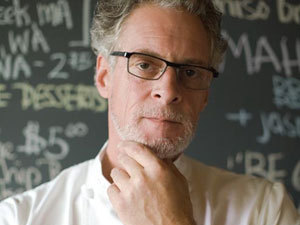 When he was planning the menu for Jasper White’s Summer Shack, the chef consulted with his three kids. On the menu are kid-friendly dishes such as corn dogs, mac and cheese, snow cones and soft-serve ice cream. Not surprisingly, it’s not only children who order these.

Jasper White is a chef, restaurateur and cookbook author who is recognized as one of the leading authorities on New England food and its history, in particular seafood.

Jasper is the author of four cookbooks: Jasper White’s Cooking from New England, Lobster at Home, Fifty Chowders, and The Summer Shack Cookbook.

Jasper grew up in New Jersey, where he spent a good deal of time on a farm near the Jersey shore—not too far geographically from New England. He says he learned to appreciate food and good cooking from his Italian grandmother, and so true was this love of food that he decided to study at the Culinary Institute of America. Upon graduation, he traveled the country, cooking in restaurants in the states of New York, Florida, California, Washington and Montana.

He landed in Boston in 1979, where he met Lydia Shire, an aspiring chef herself, and together they presided over three of Boston’s most respected hotel kitchens, the Copley Plaza, The Parker House, and The Bostonian. The hotel restaurants were central to the culinary renaissance taking place in Boston in the early 1980s and in 1982, Jasper and Lydia, working at The Bostonian, introduced appreciative Boston diners to contemporary American cooking.

A year later, Jasper and his wife Nancy, a graphic artist, opened Jasper’s Restaurant on Boston’s historic waterfront. It was a mecca for anyone in search of fine dining and great seafood.

Jasper and Nancy closed the restaurant in the mid 90s when the city of Boston undertook a massive construction project dubbed the Big Dig, which ended up disrupting the city for more than a decade.

After closing Jasper’s, the chef wrote his second and third books, and devoted his time to broadening his knowledge of New England seafood and other foods as well as the rich history of the entire region.

In 2000, Jasper opened Jasper White’s Summer Shack in Cambridge, Massachusetts. The restaurant was, in some ways, the antithesis of the quietly elegant Jasper’s in that it was loud and large with an open kitchen featuring lobster tanks and steam kettles. He soon opened three more Summer Shacks, one in Boston, another at the Mohegan Sun resort in Connecticut, and a fourth in Dedham, Massachusetts.

In 2010, Boston Magazine named Summer Shack as having the "Best Fried Clams" and the "Best Whole Lobster." Also this year, South Shore Living magazine said the restaurant had the "Best Raw Bar."

His restaurants have been similarly honored, with the Summer Shack being nominated as best new restaurant by the Beard Foundation in 2001 and receiving the Hot Concept Award from Nation’s Restaurant News in 2006. 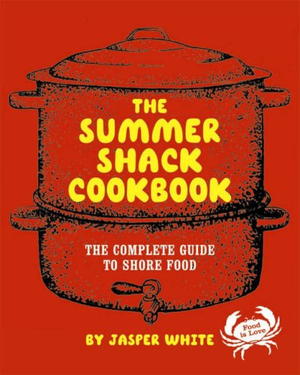 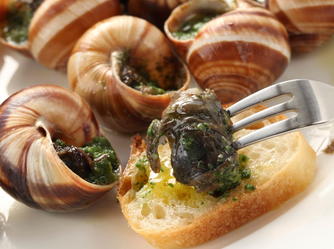 Escargots have been considered a delicacy from as far back as ancient Rome, and for good reason. While the idea of eating snails, even… See more