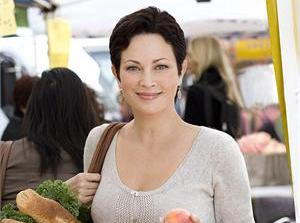 Ellie was tapped by Michelle Obama and invited to Washington, D.C., to take part in the Healthy Kids Fair on the White House lawn 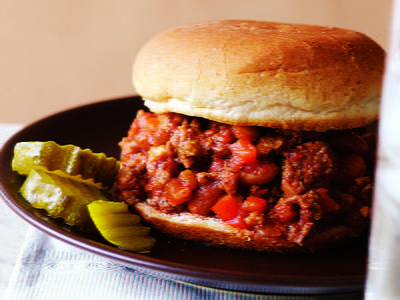 Ellie Krieger is a television host, cookbook author and registered dietician and nutritionist.

She is the author of four cookbooks and the two have been on the New York Times best seller list. Her first was Small Changes, Big Results, her second The Food You Crave: Luscious Recipes for a Healthy Life, and her third, So Easy: Luscious, Healthy Recipes for Every Meal of the Week. Her most recent Weeknight Wonders: Delicious Healthy Dinners in 30 Minutes or Less, is a collection of her all-time favorite foods, that are easy enough to prepare even after a long day at work.

Ellie is the host of the Food Network show, Healthy Appetite. Her message is directed to anyone who wants to learn how to live life to the fullest and with balance. She provides the tools and knowledge for her readers and viewers to lead richly satisfying, nurturing and attainable lifestyles.

Ellie’s second book, The Things You Crave was on Amazon’s Customer Bestseller List for 2008, and also won the 2009 IACP Cookbook Award and an award from the James Beard  Foundation.

Before becoming a writer and television host, Ellie was director of nutritional services at the La Palestra Center for Preventative Medicine in New York City for several years where she worked with a team of physicians, psychologists and fitness specialists to create a multi-faceted obesity treatment program. She also was an adjunct professor in the New York University Department of Nutrition, Food Studies and Public Health.

Ellie has been a guest on dozens of television programs including Today, Good America, CNN, CBS’s Saturday Early Show. She has contributed to and been written up in numerous magazines and other publications, such as Parenting, Shape, Women’s Day, Baby Talk, Fitness, Self, Glamour, GQ, Prevention, Men’s Journal, Ladies’ Home Journal, The New York Daily News and Newsday.

She is contributing editor and columnist for Fine Cooking magazine and the Food Network magazine.

Ellie and her family live in New York City. Her website is http://www.elliekrieger.com 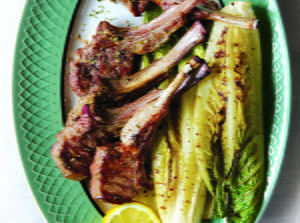 From the Editor Make your lamb chops taste extra lovely and savory with this recipe for the marinade. Inspired by classic Greek lamb chop marinade, this recipe will take you under an hour to complete. Combing the rich taste of garlic with the tang of lemon, this recipe is the perfect way to guarantee your final entree is as tender as it is tasty. This recipe works well for grilled or broiled lamb chops. A simple Greek-inspired marinade of lemon, garlic, and oregano, with a touch of oil, brings out the absolute best in these tender, tasty lamb chops. 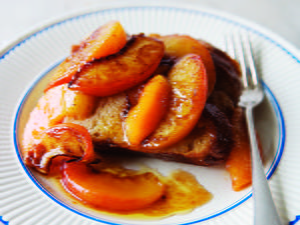 When you want a hot, homey breakfast thats special enough for company but without the morning fuss, this French toast bake is the answeryou pull it together the night before and while you sleep the eggy goodness seeps into the bread and all the flavors meld together. In the morning you just need to pop it in the oven. It comes out fragrant, with juicy, brown sugar-laced peaches atop tender vanilla and cinnamon-scented bread that has just the right amount of chewiness from the baguette crust. A drizzle of maple syrup and a dollop of cool, creamy yogurt complete the picture and everyones left wondering just how you manage to do it all with such grace. 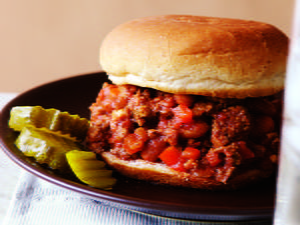 These Sloppy Joes are everything you could wish for in this crowd-pleasing sandwicha rich, meaty filling smothered in tangy-sweet, thick... 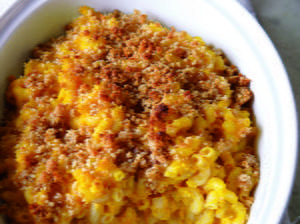 This creamy, crumb-topped macaroni-and-cheese gets is bright orange color and a big nutritional boost from pured winter squash. Dont te... 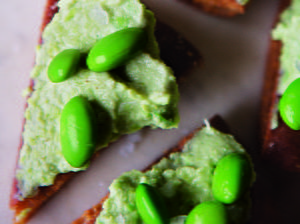 This fresh, green, creamy dip has all the classic hummus flavors of garlic, cumin, and lemon, but it is light on the cumin and garlic in ... 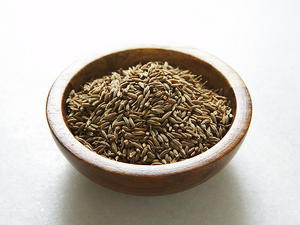 These are the kind of chips that you just cant stop eating. They are great on their own, but even better for dipping. 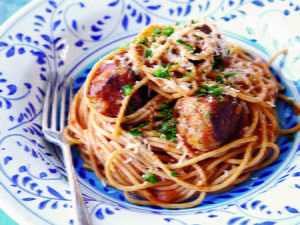 A little chipotle kick and the multiple herbs in this sauce lend layers of flavor without fat. The carrot, onion, and Parmesan in the mea... 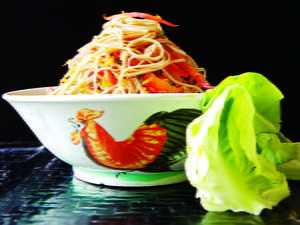 Ribbons of colorful vegetables and fresh herbs intertwine with tender noodles in this delicately flavored salad. It is a perfect accompan... 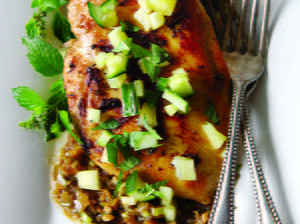 This fiery, lively sauce hails from the Caribbean islands and is usually used to marinate meat for up to two days. I turned it into a qu... 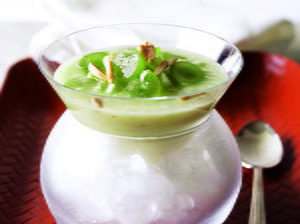 A refreshingly updated version of the classic tomato-based cold Spanish soup. This gazpacho starts with a beautiful pale-green cucumber ... 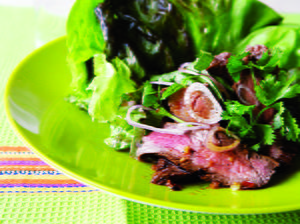 If you like full-frontal flavor, you are going to love this dish. The steak is marinated in a mixture that covers every angle—spicy, swe... 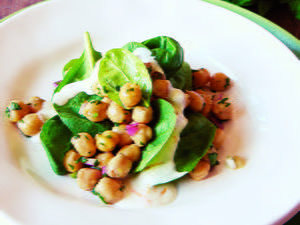 In this salad, the versatile chickpea goes exotic in a deeply spiced, aromatic lemon and cumin dressing. Fresh herbs punch it up with an ... 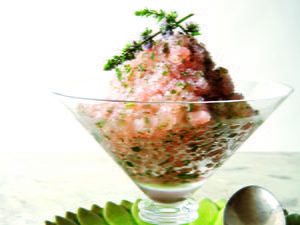 This icy pleasure is the very essence of watermelon, but even more refreshing. Bright pink with flecks of green mint, it is as beautiful ... 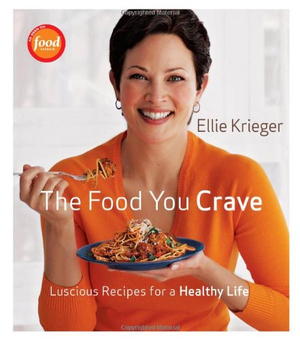 The Food You Crave