Courtney learned her way around the kitchen from her mother, grandmother, and the late Desanka Giampaolo who all taught her to enjoy the process of cooking as much as the product.

Courtney Allison cooks and eats with her family and friends in New York City. The Soup Club is her first cookbook.

For Courtney, Soup Club began when she dashed off a quick reply to a seemingly innocent e-mail suggesting they start sharing soup on a regular rotation. She had no idea this would lead to a weekly ritual that has become an anchor in her meal-planning and now a cookbook with co-authors Tina Carr, Caroline Laskow, and Julie Peacock. Fortuitously it has also enabled Courtney to have an excuse to give into her weakness for pretty glass jars and to fill her kitchen drawers with a somewhat staggering assortment of wooden spoons.

A veteran food sharer, Courtney can often be found traversing the streets of New York City with extra quarts of applesauce, granola, soup, and even oatmeal to be shared with friends and co-workers.

When cooking at home Courtney draws inspiration from a variety of chefs, Molly Kazen (Moosewood), Jenny Rosenstrach (Dinner A Love Story), Deb Perlman (Smitten Kitchen), Alana Chernilla (The Homemade Pantry), Noah and Rae Bernamoff (Mile End), Mark Bittman (How to Cook Everything), and Pamela Anderson (How to Cook Without A Book) among many others. She also has a small but growing collection of vintage cookbooks and loves to play with her own take on classic recipes. 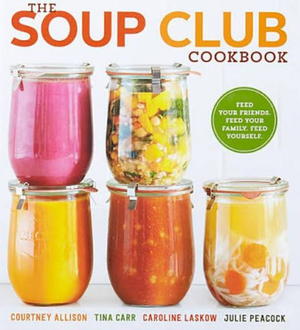