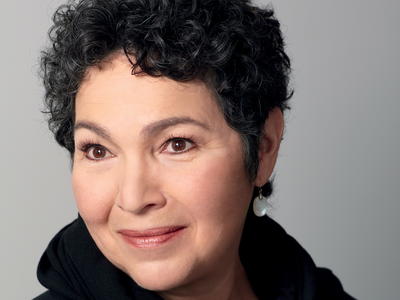 Even though chocolate has no season, Alice likes to pair it with the fruits and textures of the four seasons. Chocolate all year long. Can't be beat!

Author, pastry chef, and teacher, Alice Medrich is one of the country’s foremost experts on chocolate and chocolate desserts. Since 1976, when her renowned shop, Cocolat, opened, Alice’s innovative ideas and recipes and her insistence on quality ingredients have influenced a generation of confectioners, pastry chefs, and home cooks. Among her early accomplishments, Alice is credited with popularizing chocolate truffles in the US and introducing the larger “American” chocolate truffle, now a mainstream confection.

Since selling her interest in Cocolat in 1989, Alice has become an award-winning cookbook author, receiving three Cookbook of the Year awards from the James Beard Foundation and the International Association of Culinary Professionals for COCOLAT: Extraordinary Chocolate Desserts (Warner Books, 1990), Chocolate and the Art of Low-Fat Desserts (Warner Books, 1994); and BITTERSWEET: Recipes and Tales from a Life in Chocolate (Artisan, 2003; Artisan published a revised and updated edition,Seriously Bitter Sweet, in 2013). In 2007, Gourmet, Bon Appétit, and Food & Wine magazines named her Pure Dessert (Artisan, 2007) one of the top cookbooks of the year. Chewy Gooey Crispy Crunchy Melt-in-Your Mouth Cookies (Artisan, 2010) won the 2011 International Association of Culinary Professionals Cookbook Award in the baking category. Sinfully Easy Delicious Desserts (Artisan, 2012) was named one of the Washington Post’s top 10 cookbooks of the summer and one of Good Morning America’s top cookbooks of the year. Her most recent book, Flavor Flours, will be published by Artisan in November 2014.

Alice lives in Berkeley, California where she consults for established and emerging bakery, chocolate, and confectionery companies, and teaches in cooking schools across the country. She writes Food52’s Rogue Baking Tips column and teaches online baking courses at Craftsy.com. Follow her on Facebook and Twitter: @AliceMedrich. 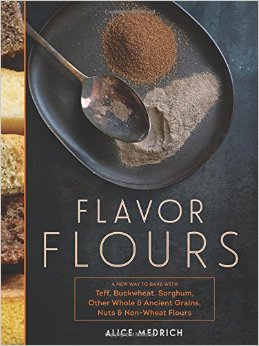 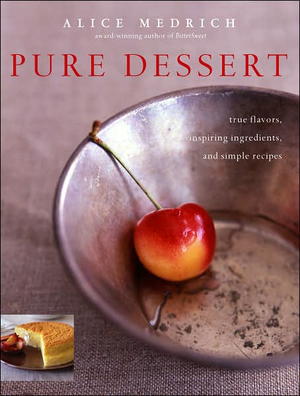