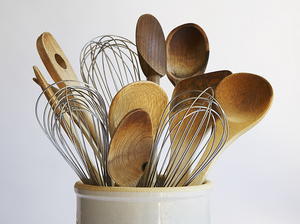 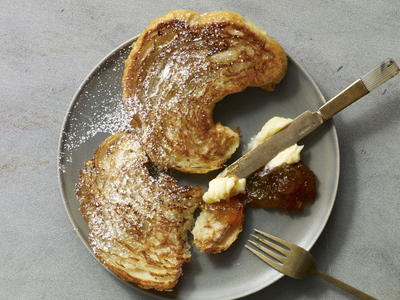 Hi there. I’m a senior editor at San Francisco Magazine, where I edit the food section. I began my job in February 2014 after more than two years as a full-time freelance writer and editor based in New York.

I’m a graduate of Bryn Mawr College and the Columbia University Graduate School of Journalism. I’ve worked at Entertainment Weekly, New York, Elle, and The Village Voice, where I spent two years as a staff writer for the food blog Fork in the Road. I’ve also served as the deputy editor of Edible Queens and as a contributing writer for CHOW.com, and have written stories about food and not-food for publications including The New York Times, New York, Saveur, WIRED, The Wall Street Journal, Gilt Taste, Gourmet Live, Elle, Salon, Lucky Peach, Every Day With Rachael Ray, Time Out NY, and The Art of Eating. My essay “From Sex Cake to Spurned Salad,” written for Gilt Taste, won the 2013 IACP Bert Greene Award for Culinary Memoir. And my story “The Toxic, Abusive, Addictive, Supportive, Codependent Relationship Between Chefs and Yelp,” written for San Francisco, won the 2015 James Beard Foundation Journalism Award for Food and Culture.

I’m also a graduate of the French Culinary Institute, where I spent six months carving potatoes into minute football shapes and sweating profusely over a ragingly hot stove. I’ve experienced other, equally enlightening forms of culinary prostration in the kitchens of the Treats Truck, Zingerman’s Delicatessen and Bake House, and a couple of other establishments best relegated to distant memory.

When I’m not in front of my computer, I can be found taking very long walks in the company of a big black mutt and having fever dreams about the Russ & Daughters display case. 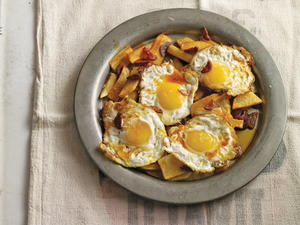 This is a typical way of serving fried eggs, the Basque equivalent of what in diner parlance would be two eggs sunny-side up over fries, wreck 'em! Much fuss is often made over the best way to cook French fries, but Basque fries are their own thing. They are golden and crispy on the outside, extremely tender on the inside, and more shards than sticks. The best are boiled first and then fried in olive oil. My grandmother Victoria made them this way, too, so eating fries in the Basque Country carries a remarkable nostalgia for me. As I eat them, I always remember how the two of us would fry potatoes and then eggs from her hens and eat them together as a late-night snack. 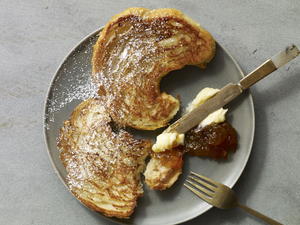 One person's lifeless, dry croissant is a Basque cafes beyond-delicious invention. I saw my first croissant a la plantxa in Bilbao when my now prima politica (Basque cousin-in-law) Idoia ordered one with her coffee at a posh cafe near her office. I still remember how completely floored I was when it arrived at our table in its golden gorgeousness, and I can even recall the thoughts that raced through my reeling brain What? A buttery pastry refried in butter and dusted with sugar? You're going to eat it with a knife and fork like its a pork chop? This is a snack? Oh my God, this is the most over-the-top midafternoon snack I have ever seen! Breakfast for dessert, dessert for breakfast, and unapologetic midafternoon snack - the croissant a la plantxa fits all of these roles perfectly. And incidentally, it will also make you look absolutely brilliant in front of your friends and children. 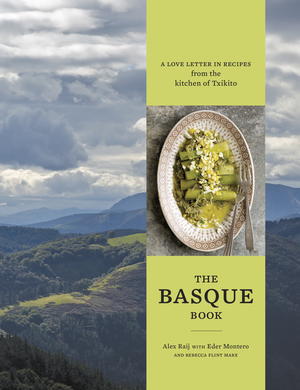 The Basque Book: A Love Letter in Recipes from the Kitchen of Txikito