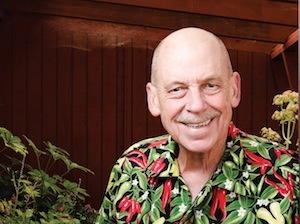 Not surprisingly, Dave eats spicy food every day and grows many varieties of chile peppers in his home garden. 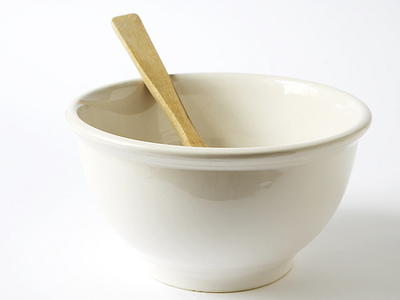 Dave DeWitt is an expert on the Southwest, as well as on its food. He has written more than 50 books, most of them on chile peppers and fiery foods, and he has two books published in 2014. The first is Dishing Up New Mexico with 145 recipes from the Land of Enchantment.  He interviewed the chefs, food manufacturers, microfarmers, home cooks, brewers, and distillers to discover how the farm-to-table concept has affected the traditional spicy cuisine of the state where he has lived since 1974.

Dave’s second book for 2014 is Precious Cargo: How Foods From the Americas Changed the World. The complete story of how foods like corn, tomatoes, potatoes, chile peppers, and chocolate influenced not only the cuisines of the Old World, but its history as well.

He is president and CEO of  Sunbelt Shows, Inc.; was founding board member of The Chile Pepper Institute at NMSU; is the chair of the Governing Board of Regents, New Mexico Farm and Ranch Heritage Museum, Las Cruces; and associate professor, adjunct faculty, College of Agriculture and Home Economics, NMSU.

He lives in the South Valley of Albuquerque with his wife Mary Jane Wilan, their Doberman Jagger Henley, and their two Cornish Rex cats Roswell and Ella Fitzgerald. 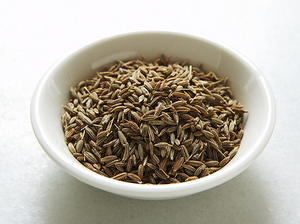 Mussaman curry paste is named for the Muslim spice traders who brought curries to Thailand by way of India a couple hundred years ago and... 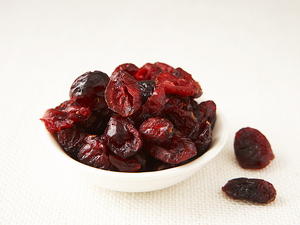 The flavors of cranberries, pumpkin, and habanero chile blend well together, producing a bread that is sweet, tart, and hot. Pumpkins and... 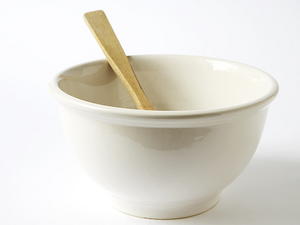 Adobos can be found throughout the areas where the Spanish had an influence. The definition of an adobo can be confusing, as it can refer... 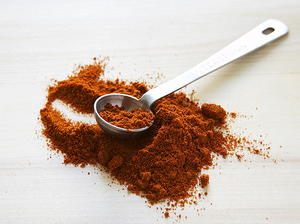 Louisiana cooking always starts with a mixture of spices and herbs that almost every cook develops to suit his or her own tastes. The nam... 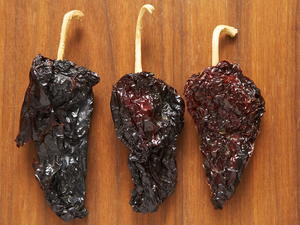 Pulque, the fermented milky sap from the maguey or century plant, is the traditional ingredient that provides the borracha in this salsa.... 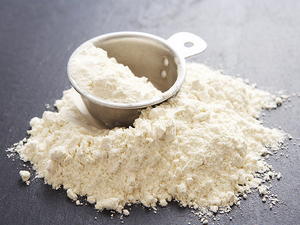 Scones are a Scottish quick bread whose popularity has spread to the British Isles and across the ocean to the United States. They are si... 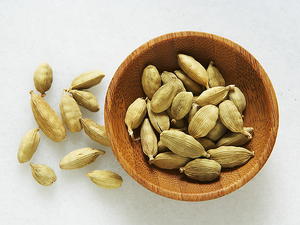 Chai, which rhymes with pie, is an Indian word for tea, as well as the name of this beverage. For centuries it’s been prepared all over I... 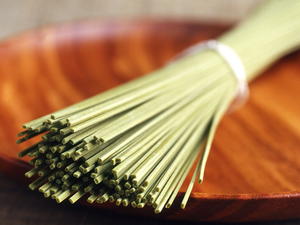 This dish has a spicy sweet taste offset by the peppery bite of the mustard greens and goes well with many grilled meats, fish, or poultr... 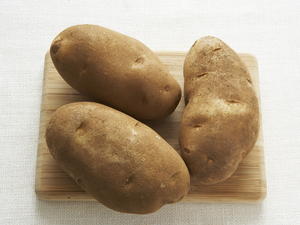 Pancakes as a side dish for dinner? If made from potatoes, they can be served as a crisp accent to a meal in place of bland mashed potato... 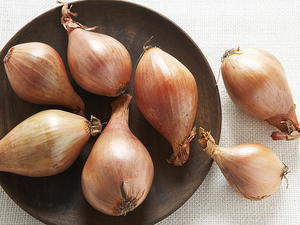 We thank Devagi Shanmugan, who runs the Thomson Cooking School in Singapore, for this rice recipe. Colorful and fragrant, it goes well wi... 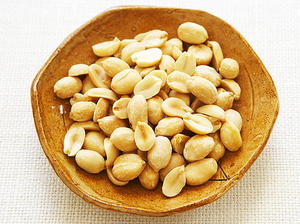 Pad thai is a popular, healthy, noodle dish served in restaurants, by street vendors, and in homes in Thailand. There are many variations... 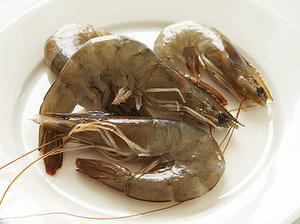 In New Orleans, this dish is called a barbecue, but it really is shrimp cooked in a sauce, rather than on a conventional grill. Tradition... 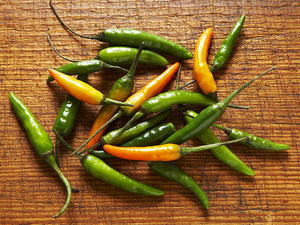 The green chiles and cilantro in this recipe give this curry paste its name. The krueng in the name means “engine” in Thai, and the gaeng... 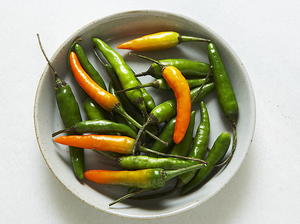 Don’t let the light, sweet aroma of basil and the creamy appearance of the sauce fool you. Of all the wonderful Thai chiles, this dish is... 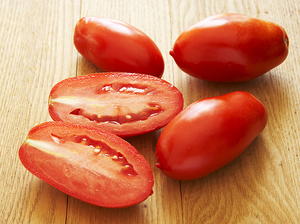 This simple, earthy salsa is based on those from the Michoacan area of Mexico. It’s an uncooked table salsa used to add tasty heat to dis... 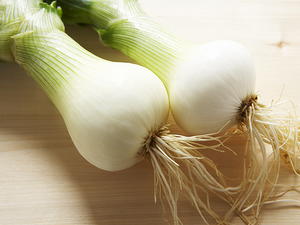 What is this, fajitas from Korea? Well, not really. We were preparing to marinate meat for fajitas and wanted to do something different f... 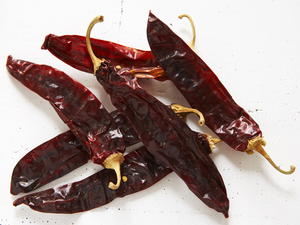 There must be as many recipes for chili as there are cooks in Texas, New Mexico, and Arizona—and every one will declare that theirs is th... 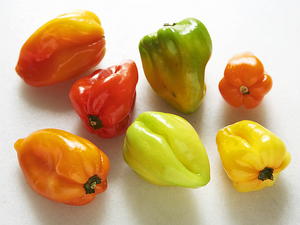 The jerk in jerk pork is a spice mixture that was used to preserve meat before refrigeration. These days, the spices are used to season m... 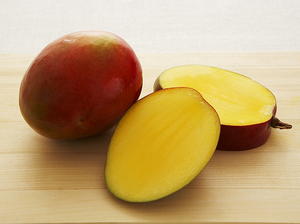 This bean salad is a great accompaniment to barbecues as well as to any Caribbean or Latin meal. Turtle beans, as black beans are sometim... 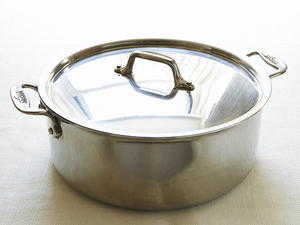 This vegetarian soup from India is so full-flavored that you won’t miss the meat. We like to cook with lentils because, unlike with many ... 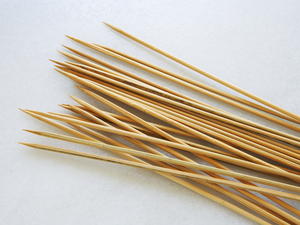 Satays are popular throughout Malaysia and the 13,000-odd islands that comprise the country of Indonesia, where they are eaten as a snack... 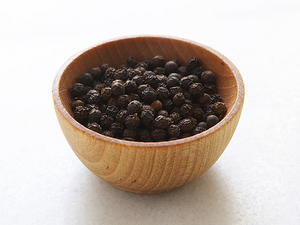 This is a quick, easy-to-prepare mustard with a distinctive peppercorn flavor. Its assertive flavor is excellent on dark breads and with ... 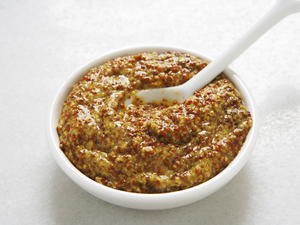 This Swedish dish takes two days to make, but according to Dave it’s well worth the effort. The Vikings in the eighth century are credite... 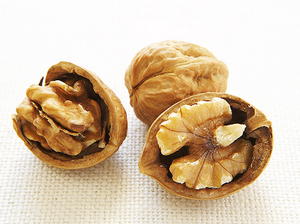 Tapenade is a thick paste of olives, anchovies, garlic, and a combination of herbs and seasonings. It originated in the Provence region o... 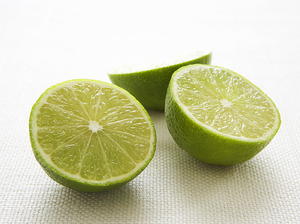 Sambals are multipurpose condiments that are popular throughout Indonesia, Malaysia, and India, with a multitude of variations. This basi... 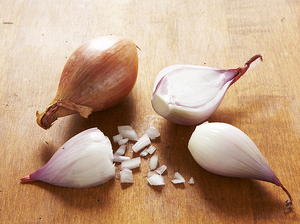 This hot and spicy peanut sauce is probably the one most associated with Indonesian cuisine. Widely popular, there are many variations of... 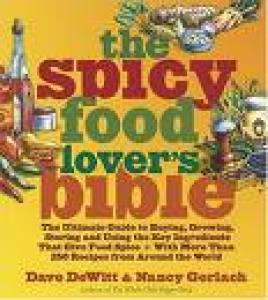 The Spicy Food Lover's Bible: The Ultimate Guide to Buying, Growing, Storing and Using the Key Ingredients That Give Food Spice