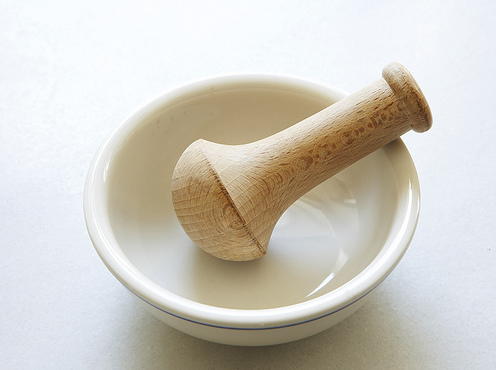 At the market, white asparagus is less common than green, so splurge when you see it, or create a striking platter by using a mixture of white and green spears. If you are using both colors, cook the green spears separately for less time; they will take 5 to 7 minutes, depending on their size.

NotesUse a mild-flavored olive oil for the mayonnaise or it will overwhelm the sauce. Most Tuscan oils would not be a good choice, for example, as they are typically strong flavored. Instead, use a milder French, Tunisian, Moroccan, or Ligurian oil. Or, use a subtle California extra-virgin olive oil from the Sciabica family of Modesto, such as their spring-harvest oil made from Mission olives.

Nick Sciabica & Sons is the oldest continuously existing olive oil-producing company in California. The family migrated from Sicily to Modesto, where they briefly farmed fruits and vegetables. Then in 1936, Nicola Sciabica started making olive oil, putting into practice what he had learned as boy in his homeland. When he was unable to sell all that he produced in California, he went to the East Coast to sell bottle by bottle-door to door-in Italian neighborhoods.

At first the family struggled with competition from cheaper imports from Italy and Spain. But slowly business improved, largely due to an increased interest in the health benefits of olive oil. The family eventually bought machinery and started to produce oil in a continuous process. Costs of harvesting by hand and of production (sorting, crushing, pressing, and bottling) plague all growers and producers; the Sciabica family is no exception. Today, the family cold presses their own olives and the olives of over fifty growers that market oils under their own labels.

The Sciabicas have over six hundred trees in Modesto, and an organic orchard of forty four hundred trees in Calaveras County. Combined, the orchards yield twenty-five varieties of extra-virgin olive oil. Those include the typical California varieties and imported cultivars from Italy and France. The Sciabicas take to market one of the largest selections of extra-virgin olive oils available anywhere from one source. They have filtered and unfiltered versions of many of their single varietals, as well as oil flavored with garlic, rosemary, basil, lemon, or orange.

“In California, we don’t have huge crops to process all at once,” explains Dan Sciabica, grandson of the founder. “In fact, we are known for small pressings of single varietal oils. Here, we can pick the same variety of olives at different times of the year. Americans are used to having a selection, so we release early-, mid-, and late-harvest oils made from the same type of olive. The oil will taste different at each stage-one will be from olives that are green and underripe in the fall; the midseason oils will be from some green, some black, and some rosy olives; while the other extreme is pressed from sweet, very ripe black olives harvested well into spring. They don’t usually have that luxury in Europe-their crops are too expansive and need immediate attention.”

Pest management in the Sciabica orchards is basic. Annoying squirrels and rattlesnakes are kept under control with a .22-caliber rifle. Infestation from the dreaded olive fly has been avoided so far, but should the fly show up, it will be handled with an organic spray.

And no matter what the workday brings at the olive-pressing plant in Modesto, Gemma, Dan’s mother, always cooks a huge, traditional midday Italian meal for the whole family.