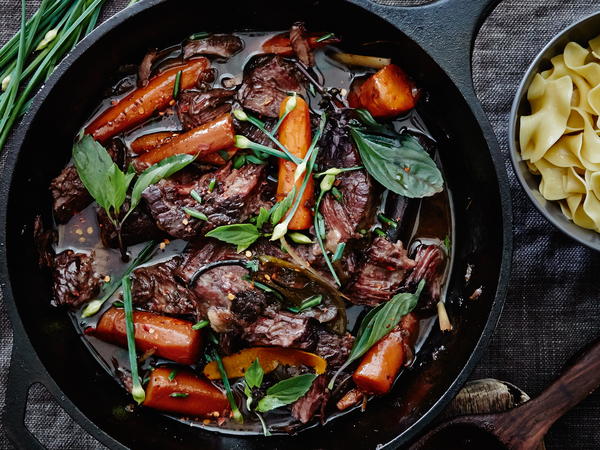 FOR CARAMELIZED POTATOES, ONIONS AND CARROTS WITH FORK-TENDER BEEF--a traditional pot roast--you don't need me. You need your grandmother, an aunt or that dependable neighbor. They have it down and cloaked in memory. What I can offer is this chuck roast, freshened up with lemongrass, ginger, orange and cilantro. It won't replace what you already know, but it won't disappoint either. 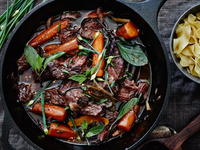