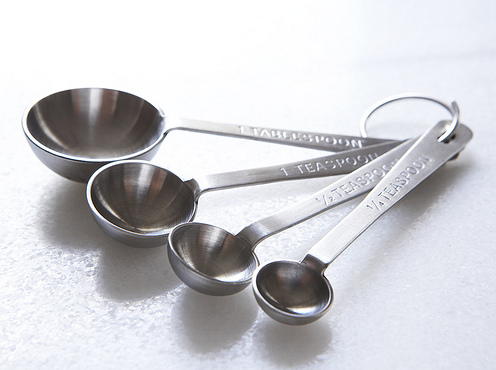 The genesis behind the formation of our bakery, Baked, was to elevate the Classic American Brownie from ubiquitous mediocrity to bona fide luxury. It is brownie as fetish. The Sweet & Salty Brownie is the Baked brownie in extreme, a decadence on par with other, more well-known (and perhaps more respected) desserts. The brownie itself is a riff on our famous deep, dark brownie (sans instant espresso powder) filled with a smoky, dark caramel and topped with just a hint of sea salt and sugar. The caramel taste is more of a hint and less of an explosion, befitting this elegant dessert; the result is a Fudgey-Chocolatey-Carameley Brownie, I should also reveal that the Sweet & Salty Brownie is our most requested recipe, owing to the brownie’s featured moment on the Food Network, where it was lauded with praise as one of the best salty foods in the United States. That is a lot of hype for one brownie, but in this case, I think it is worthy.

NotesThat old adage “less is more” holds true here. You might be tempted to add more caramel than recommended, but temper your indulgence. If you build too much of a caramel layer, it more than likely will seep out and burn during baking. In fact this recipe will make more than enough caramel for one batch of brownies. If you are a caramel addict, use the extra to drizzle on the brownie post-baking/pre-serving.

Brownies, unlike many bar cookies, freeze particularly well. In fact, some brownie fanatics claim freezing improves the texture. I am still undecided. Regardless, there is an art to freezing your brownies to avoid the sticky, sweaty surface condensation.

3. Unwrap and eat your brownies.

Generally speaking, brownies will keep in the freezer for up to 1 month, but I know people who have kept them far beyond that threshold and have lived to tell about it.

This is pretty much the first time I've tried baking anything, and they are in the oven now.. There was no mention of vanilla in the ingredient lists, and suddenly while I'm adding and mixing the instructions told me to "add the vanilla and stir". Luckily I had read ahead so it was out and waiting for me, butI just guessed at how much. We'll see how it goes.