Spinach with Pinenuts and Sultanas 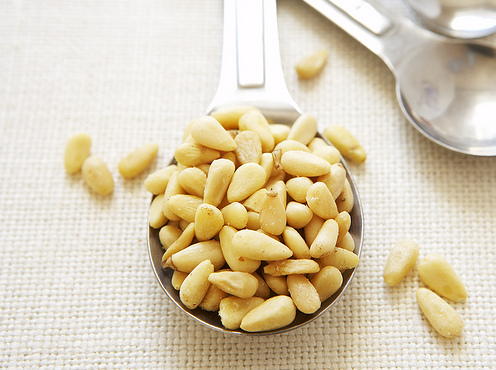 If you’re making baked potatoes to go with the meat, or indeed some boiled new potatoes, tossed in a little pepper, salt and olive oil at the end, and served warm (in other words, have them resting in the oil in the pan as you sit down to soup), then the amount of spinach below will do just fine. Otherwise, I’d double it. That’s not as hard as you’d think as long as you wilt the spinach in batches; indeed I’d be tempted to do so anyway. That’s to say, wash the spinach and then sit it in a large pan just with the water that clings to the leaves after you’ve drained it, and put the pan on the heat, stirring frequently. I tend to buy spinach in 8–10oz bags, and find the easiest way to go is to wilt two bags at a time. Remove each batch to a large sieve and proceed to the next batch. Push down on the wilted spinach to remove any excess liquid then put all that you’re using into a bowl, and proceed as below.

Spinach with Pinenuts and Sultanas