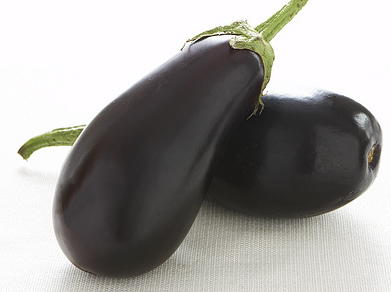 This spaghetti, named for the famous Sicilian opera Norma, is a classic. It was first made for the famous composer Vincenzo Bellini to remind him of Mt. Etna, the active volcano located in the western city of Catania, where he’s from. It’s said that the spaghetti represents the mountain, the eggplant is the lava, and the grated ricotta salata is the snow that caps Etna in the colder months. Etna is the first place on the island to get snow, and the last place the snow melts in the spring.

Notes“Ricotta salata must be grated directly over the spaghetti, like snow falling on the mountain.”