Shrimp Prepared in the Scampi Style 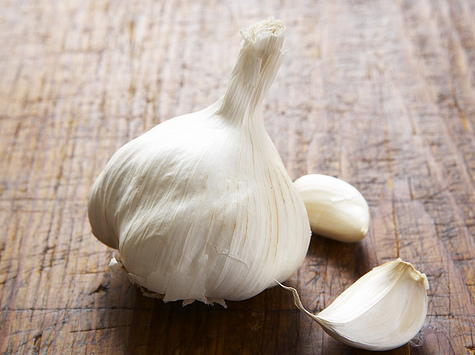 Scampi (Nephrops norvegicus) are spiny, hard-shell crustaceans that resemble small lobsters more than shrimp, except that they are powder pink in color. They are much prized but not as abundant as they used to be in the Mediterranean. One of the most common ways to prepare them is to saute them with garlic, onion, and white wine. The same method was used by chefs in Italian-American restaurants to prepare shrimp (gamberi in Italian), which were much more readily available. So they were called "shrimp scampi" and the name as stuck, meaning shrimp prepared in the style of the beloved scampi.

NotesFlavored butters—whether this one or a variation of it—are handy to have around. A little bit goes a long way to add flavor to quick dinners. Just slice the butter and use it to top broiled seafood or pan-seared chicken breast. If you need to speed things up a little, spoon the cooked garlic-shallot mixture into a small bowl, set that into a larger bowl of ice, and stir until it is completely chilled.

When you are buying shrimp, the easiest way to determine the size is by using restaurant terminology. For example, “U-10” stands for “under 10,” which means there are ten or fewer shrimp in a pound. “U-15” means fewer than 15 per pound; “21/25” means there are between twenty-one and twenty-five per pound, “16/20” between sixteen and twenty a pound, and so on. Retail terminology such as “large,” “jumbo,” or “medium” can be misleading.

2001 A La Carte Communications and Tutti a Tavola, LLC

Shrimp Prepared in the Scampi Style

Recipe looks great, but the shrimp forming process calls out for photos of either the procedure or the finished product.