Aromas of Aleppo: The Legendary Cuisine of Syrian Jews 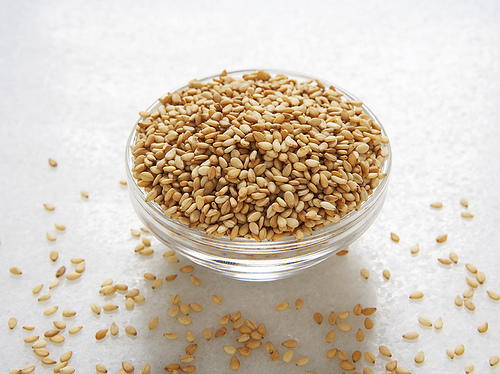 Ka’ak has the texture and crunch of a breadstick, but it is ring-shaped and has a crimped edge. A staple of the Aleppian pantry, ka’ak is usually offered to guests when Aleppian Jews serve coffee or tea. Ka’ak is no boring teatime biscuit, however. It has a great deal of flavor and tang, thanks to the addition of ground sour cherry pit (mahlab), anise seed (yansoon), coriander seed (kizebrah), and cumin (kamoon). Mahlab, a spice native to Syria that lends a nutty, slightly flinty flavor to ka’ak, is not commonly available in American markets, though if you have a Middle Eastern grocer nearby, you may be in luck. Online spice merchants also tend to stock it. Once you get your hands on a supply of mahlab, make sure it is finely crushed before you use it for this recipe. A mortar and pestle or electric spice grinder will do the trick. In the old country, ka’ak was a bakery item that most Aleppian Jews purchased from their local baker and stored in a tight-lidded tin box called a tenekey, which helped preserve ka’ak’s crispness. Today, ka’ak is made by commercial bakers and is available in Middle Eastern grocers. However, in the Aleppian Jewish community, many women bake ka’ak at home, and more and more small, independent bakers make their own. Needless to say, most discriminating ka’ak aficionados (meaning, virtually all Aleppian Jews) prefer the homemade product. While ka’ak is a relatively straightforward baked good, it’s the baker’s light touch that makes or breaks a batch of ka’ak. If you want to try your hand at baking ka’ak, beware of one major pitfall: failing to introduce enough air into the dough, which will make the ka’ak too dense and cookie like and thus lacking a pleasing crunch. This problem is usually the result of over kneading, In any case, it takes a lot of practice to bake anything approaching perfect ka’ak.

In Bahsita, the Jewish enclave of old Aleppo, and in the Aleppian suburb of Jamaliya, a good housewife prepared dough at home and sent her raised loaves to the communal oven for baking. The communal oven, called a furn, was able to achieve the high heat needed to bake bread properly.

Because houses were made of wood, most people had their dough baked in a communal oven to avoid the risk of fire. Wealthier families with enough space to maintain a detached oven in a separate building could bake at home.

The furn was also used to warm up the Sabbath meal. Family members brought pots of food to the furn, where trey were cooked overnight and picked up the next day. Each family would adorn its pot with a colored thread or special omameot so that the pot could be easily identified by any family member retrieving it from the furn. 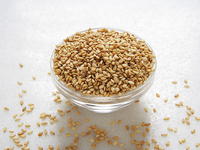