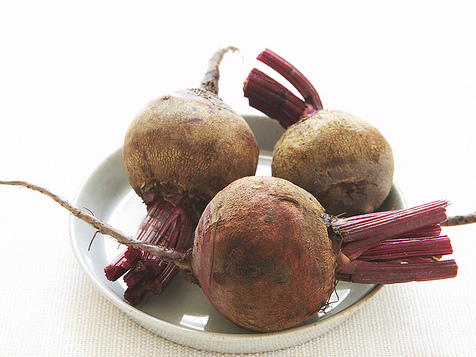 Fennel seed’s licoricelike flavor complements the candy-sweet young beets you can find at the farmers’ market in late spring and early summer. To capture the flavor, I crush the seeds in a mortar, then heat them gently in olive oil just until they impart their fragrance. The strained oil makes the beets glisten, and the subtle fennel flavor is captivating. For a particularly beautiful salad, try to buy small red and golden beets. Their tops will probably still be attached; if they are perky, you know the beets were just pulled. Save the greens, steam them, and dress them with olive oil and lemon.

NotesIf using both red and golden beets, bake them separately or the red beets will stain the golden ones. Dress them in separate bowls, using half the oil and vinegar for each. Serve them alongside each other, in separate mounds. 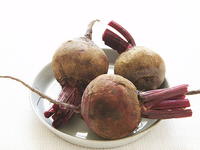