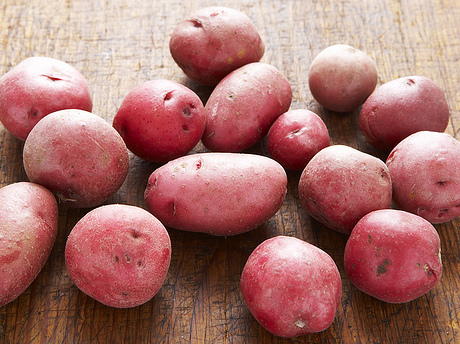 Usually when we stuff a chicken or a turkey for a special occasion like Sunday dinner or Thanksgiving, we spoon the stuffing into the cavity of a big bird. But here you are going to learn a much simpler way to make a stuffed roast chicken for an everyday dinner.

NotesTHE HERB SAGE: A GIFT OF FLAVOR IN BREAD STUFFING

How would it feel to live in a world where everyone was wise and lived forever? During the Middle Ages, many people believed that if you ate sage leaves, you would become very wise and live for many, many years. We know today this isn’t true.

Sage was also used as a medicine by the Greeks and Romans, thousands of years ago, and by Native Americans, who mixed sage leaves with bear grease to heal sores and to treat snake bites. The Chinese thought sage leaves made one of the finest teas.

The wild plant called sagebrush that grows in the high desert is not the same plant as the sage that we use in cooking. It smells good, but it tastes very unpleasant. You can plant the sage for cooking in your own backyard. Sometimes you can find fresh sage leaves for sale at a farmers’ market or at the supermarket, and you can always buy it dried. The sage we grow has a strong, sharp, rather bitter, but pleasing taste. It is hard to describe because it has a flavor all its own. For our stuffing we can use either dried sage, crumbled or ground up, or finely chopped fresh leaves.

WHAT YOU NEED TO THINK ABOUT TO PLAN A MEAL

What foods look and taste good together? You want to try for a balance in both color and texture: something green and something light-colored, something crunchy and something soft. You don’t have to be an artist. Just don’t serve mashed potatoes, pancakes, and sliced white bread all together for a meal because all these things are pale, white, and soft in texture, and they will taste similar and dull together. A meal you would love to meet at the table would be: a slice of warm, juicy, browned meatloaf with a hot, buttery baked potato and a crisp, green salad. A chocolate brownie would make a perfect end to this supper. 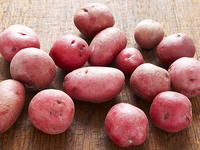