The inspiration for this pie recipe came from my first Thanksgiving in New york city. My employers were kind enough to include me in their plans, and they baked the most delicious pumpkin pie that I have ever tasted. This is an egg-free, unbaked adaptation of it. 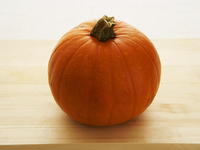