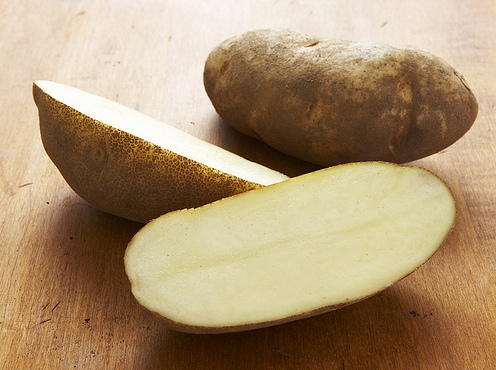 Making gnocchi requires a light touch and the ability to be flexible, but once you master the recipe, you can easily make gnocchi anytime, in anyone’s kitchen, without any instructions in front of you. We prefer gnocchi that are made without eggs so that less flour is needed to make the dough. The less flour you need, the more potato flavor there will be in each bite. If this dough is new to you, it may take a couple of tries to get it just right, but the gnocchi you produce while trying will still be perfectly good to eat.

NotesFreezing Dumplings: If you need to freeze extra dumplings, or want to make large batches and freeze them for later, there are a few things to consider. Almost all filled and folded dumplings can be frozen before cooking. They should be frozen in a single layer on a baking sheet or tray lined with parchment paper. If there is a second layer, separate the layers with another piece of parchment paper. Do not stack more than two layers of dumplings on one tray. Only after the dumplings have frozen solid should they be placed in bags or boxes, sealed tightly, and stored for up to 3 months. Fresh corn tamales, some wrapped rice dumplings, and steamed buns freeze well after cooking. Again, space them apart on a tray, let them freeze, then store in tightly sealed bags or boxes for up to 3 months.