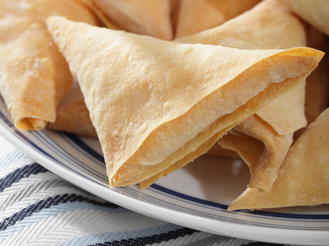 One of the most versatile, delicious, and widely available aids to the party-giver is phyllo, the tissue-paper–thin dough commonly used in Greece and other middle eastern countries. While those of us in large cities may have access to an ethnic pastry shop that makes its own fresh phyllo daily, the frozen variety is available in nearly all large supermarkets and specialty food shops. Best of all, this ready-when-you-are frozen phyllo is virtually interchangeable with the fresh variety.

The dough usually comes in 1-pound packages, each of which contains 24 or more sheets. Let the phyllo defrost in its original wrapper in your refrigerator for at least 2 days. (When well wrapped and still sealed in its original package, defrosted phyllo will keep in the refrigerator for up to a month. This is preferable to refreezing, which can make the dough crumbly.)

Be sure the phyllo is completely defrosted before beginning to work with it. Have a damp (not wet) towel handy. Unwrap the dough, unroll it, and cover it immediately with the towel. Let stand for 15 minutes; moisture makes phyllo easier to handle. 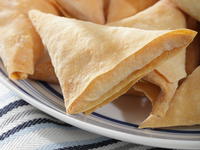 Bllue: I would add an additional 5 minutes to the total baking time. Place the frozen triangles on a buttered or parchment lined baking sheet, brush with butter, and bake in a preheated 350Â°F oven for 25-30 minutes minutes or until golden brown. Serve immediately.

What is the cooking time for frozen triangles It isn't given in the recipe! 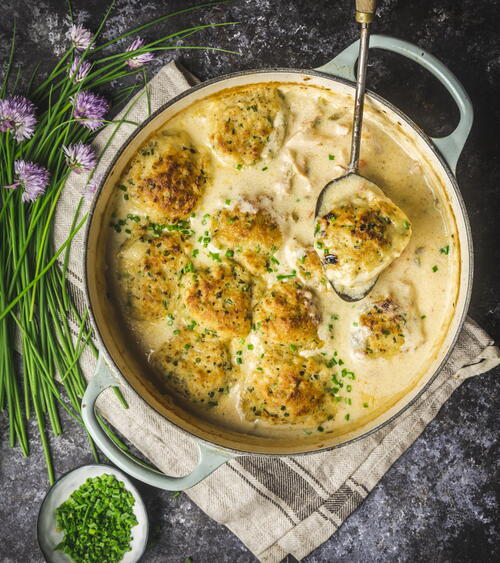