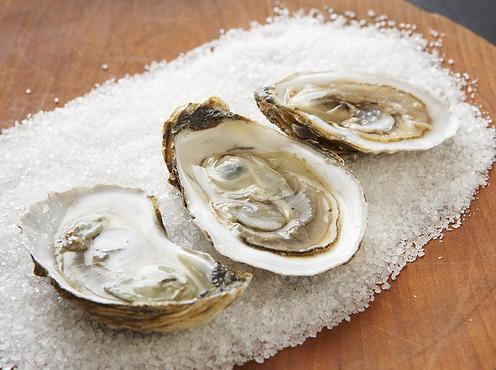 Oysters, along with clams and lobsters, have been harvested and relished by Native Americans along the Atlantic coast from very early times. When the English colonists arrived on the shores of North America, they recognized the richness of the sea in the abundance of the excellent, large oysters. It is thought that the Native Americans taught the settlers how to tong or secure the bivalves with leather, and to dry them for winter food. Oysters were the most popular seafood along the Eastern seaboard during the nineteenth century, with oyster saloons serving raw and roasted oysters. Timeworn cookbooks have recipes for oyster stew, oyster soup, oyster pie, and oyster stuffing. For oyster lovers like me, this stew is irresistible.

Although it can be gently reheated successfully, oyster stew is best when made right before serving. Have everything measured and ready to cook—the soup is super simple to put together.

Three primary species of oysters are sold in the United States, whether naturally grown or cultivated in oyster beds: Pacific, or Japanese, oysters, found on the Pacific seaboard; eastern, or Atlantic, oysters, from the Atlantic seaboard; and the small and delicious Olympia from Washington’s Paget Sound. Fresh oysters are available year-round, debunking the myth that you should eat oysters only during months spelled with an r. Quick processing and advanced refrigeration in trucking and storage keep the oysters fresh even during hot weather. However, experts think the best time to eat oysters raw is in the fall and winter because they spawn during the summer and the meat tends to he softer. I use fresh, shucked oysters that I buy from my fishmonger; you can also find them at high-quality and gourmet markets. The best are sold in clear, screw-top jars or in plastic pint and quart tubs so you can see that the oysters are tightly packed and plump, and have good color, and that the oyster liquor is clear, not cloudy. Ask to smell the oysters if you question their freshness. They should smell sweet and briny fresh, not fishy at all.