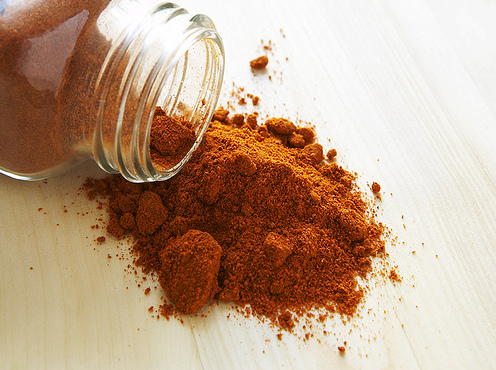 OK, let’s say you really want the taste of barbecue but you don’t have the patience to smoke a ham. Fake it. That is, roast the ham in the oven using smoky spices and flavorings that’ll make people swear you were at the pit all day.

NotesNowadays, smoked paprika is practically synonymous with Spanish cooking. This wasn’t always so. It was once a featured spice in dishes from Extremadura in western Spain, but because of complicated culinary politics and international obsessions, the smoky ground powder is now ubiquitous in Iberia. Smoked paprika comes in a bewildering variety of flavors, heats, and grinds. Suffice it to say that we always call for a finely ground spice that’s mild but quite smoky. Look for it in the spice aisle of most large supermarkets-or from online spice purveyors.

Molasses is a thick syrup made from sun-ripened sugar cane and prized for its aromatic, bright, sugary-but-still-slightly-sour taste. Sulphured varieties, never recommended, are made from immature canes from which the juice has been extracted by means of a noxious gas.

Chipotles are smoked, dried jalapenos. They are sometimes canned in adobo sauce, a fiery mixture of tomatoes, garlic, vinegar, and spices. They pack a powerful punch of fiery capsaicin (the chemical compound that gives chiles their heat); wash your hands diligently with soap after working with the chiles.


There’s an unrelenting myth about marinades: that they somehow tenderize meat. But that holds true only if they contain some sort of acid, and only for about a quarter inch into the meat, itself. If you Have a ½-inch thick strip steak, a marinade that includes acid (vinegar, lemon juice, wine) may do some good-but not for this behemoth of a ham. The purpose here is merely to get a little flavoring into the exterior surface planes of the meat. The oven’s heat; not the marinade, will “tenderize” the joint as it roasts.

Omit the twelve ingredients in step 4 and replace them with 4 cups bottled barbecue sauce, preferably a tomato based sauce that’s fairly wet and loose.