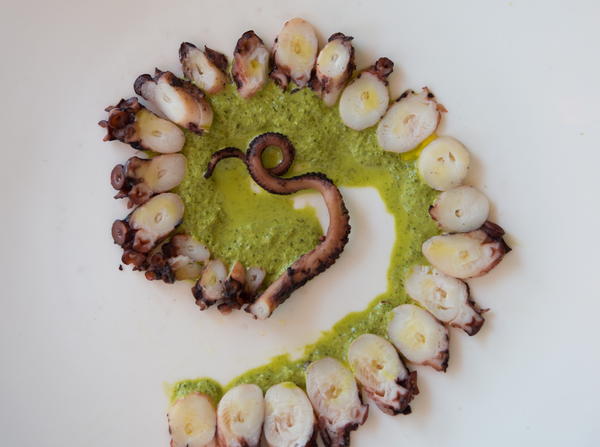 In Peru, raw fish is often consumed with chile flakes, herbs, and citrus juice, a cousin to ceviche known as tiradito. I wanted to combine the flavors of tiradito with the sweetness and tender texture of a sunomono (octopus with citrusy soy sauce and cucumbers) salad. Here, the bitterness of the arugula is evened out by the voluptuous richness of the avocado oil.