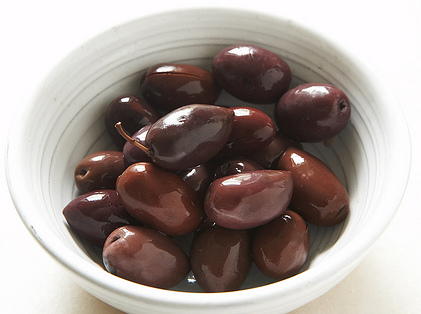 Muffulettas are right up there with poor boys in popularity and goodness among local sandwiches. What makes them special is the dressing. It’s called olive salad, and it’s something like antipasto, made by marinating not only olives but also a host of other vegetables in olive oil, a little vinegar, and a lot of garlic and herbs. This recipe starts from scratch, but you can use prepared Italian giardiniera in place of the non-olive vegetables. The muffuletta is filled with as many as three meats and three cheeses, all sliced very thin. Ham and Genoa salami are essential; mortadella is optional but desirable. Mozzarella, provolone, and Swiss cheese can be used in any combination. The best bread to use is the muffuletta loaf made by the United Bakery, an old, small company whose limited output never satisfies the demand. Any crusty round loaf with a medium-light texture will do. The great controversy concerning muffulettas is whether they should be heated or not. The current vogue is to do so until the cheeses melt. My take is that this throws off the flavors and textures of everything and that a room-temperature muffuletta is superior.