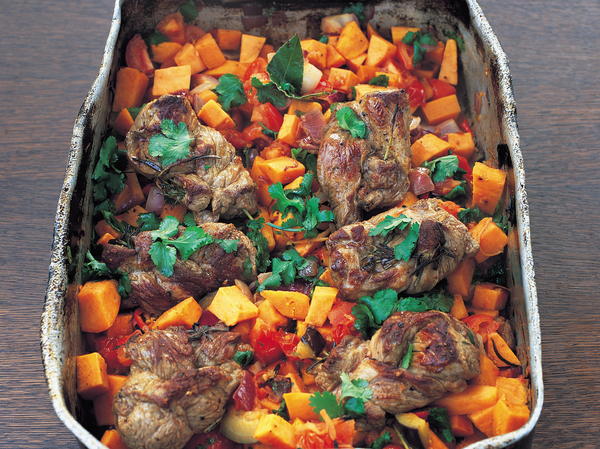 This image courtesy of David Loftus

I made this dish up the other day on a kind of Moroccan vibe, when I was mucking about with ways of marinating and tenderizing a neck fillet of lamb, which is a really tasty and cheap cut of meat. I trimmed the meat of all sinews, bashed it flat using a rolling pin, and made 2 incisions down the length of each fillet, but not quite to the end, so it looked almost like a tripod. I then marinated it with lots of spices and herbs and plaited it, to give a contrast between crispy and soft meat which I thought would be interesting. You don’t have to plait the meat but it does increase the surface area, meaning the marinade can get right in there. Needless to say, Jools thought I was mucking around with it too much and being very camp — you decide! 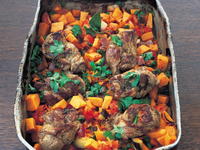 This homemade bread recipe is so simple to make that you won't mind a bit when your family begins requesting it all the time! You can… See more