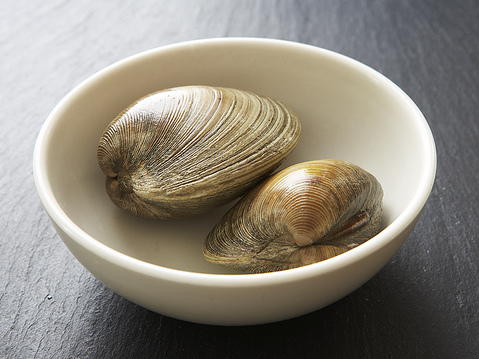 No one really knows who made the first clam chowder with tomatoes, the chowder known as Manhattan. New Englanders, mainly those from Massachusetts and Maine, whose chowder is enriched with cream (or evaporated milk in more modern recipes), laugh at the folly of a tomato-flavored chowder. Neighboring Connecticut and Rhode Island, however, states with New England coast credentials as valid as Cape Cod, make chowder without either cream or tomatoes. The traditional Rhode Island chowder is a gray clam broth with nothing more than salt pork, potato, and, interestingly, thyme as the seasoning, the same as New York City’s. Indeed, some Rhode Island chowderheads speculate that Manhattan chowder is really a variant of Rhode Island chowder, the chopped tomatoes a contribution of Rhode Island’s large Italian-American community, most of whom hail from the tomato-rich Italian south. But, there are other theories, too. Whatever the origin, clam chowder made with tomatoes and thyme was popular in the Coney Island, Brighton Beach, and Manhattan Beach hotel restaurants of the 1880s to the turn of the century. When Coney Island became the beach resort of the people streaming off the new subway lines in 1921, Manhattan Clam Chowder really took off. (I have also read a few references to caraway being the seasoning in Coney Island Chowder.) My grandfather, Bernard (Barney) Schwartz was a professional Manhattan Clam Chowder chef. During the Depression, after he had lost his restaurant business, he sold chowder, along with some other bar foods of the day, off a pushcart to bars and grills. I watched him make chowder many times, along with his other specialties—pickles, coleslaw, and potato salad. He always insisted on using really big chowder clams, never Littlenecks or Cherrystones, which he put through the meat grinder. I have tried making chowder with the smaller clams, but Barney was right. The result tastes more like vegetable soup than clam chowder. You need the strong flavor of big clams to make this work. 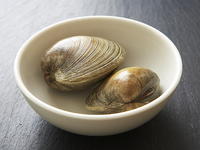