Light and Crispy Tempura with Shrimp and Assorted Vegetables 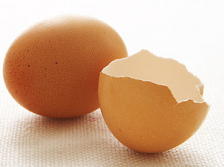 With tempura, you make frying the entertainment at your party. It’s unusual, innovative—and scrumptious!

You’ll want at least 4 different vegetables, but 6 or even 8 would be so much more fun! How many pieces should you prepare overall? For six people, you could get away with two dozen pieces—but for my kind of crowd, I’d be ready to go with 50 or 60.

Zucchini. Choose smallish zucchini. Cut off the ends, leaving a cylinder that’s about 4 inches long. Stand the cylinder on one of its round bottoms (choose the wider of the two). Starting at the top and cutting downward toward the counter, cut off an 1/8-inch slice of skin on two opposite sides and discard. Now cut the remaining block of zucchini into rectangles that are ¼ inch thick (they will have a strip of skin on the outside, and seeds in the center).

Sweet Potato. This is one of the great tempura candidates. Peel and cut the potato into 1/8-inch rounds. You may substitute regular white potato, which will give you a french-fry taste.

Snow Pea. This makes delicious tempura, but there are two tricks you should know. First, dampen the pea pods with a little water so they’ll take the initial flour dusting. Second, when the pea pod tempura comes out of the hot oil, cut it with a very sharp knife, on the diagonal, into 3 or 4 pieces, cutting swiftly and deftly to keep the coating on.

Japanese Eggplant. Cut the eggplant, skin on, into ¼-inch slices. Or try this much more interesting cut. Buy small Japanese eggplants that weigh about 3 ounces each. Cut off the stem end and halve the eggplant lengthwise. With the cut side of one half on the counter, make four cuts the long way, keeping the flesh attached at the stem end, to create a fan. Spread the fan out with your fingers. Repeat with the other eggplant half. When flouring and battering, keep spreading the fan out, making sure that all exposed flesh gets coated.

Onion. Slice an onion (preferably a sweet one) very thinly and toss into tangles. Pick up about 2 tablespoons of tangle, and proceed with flouring and battering. When the tangle hits the oil it will spread out a bit.

Enoki Mushroom. Treat these long, thin mushrooms like onion slices: just force ’em into a tangle. You’ll be amazed at the depth of flavor.

Shiso. If you can find shiso leaves (sometimes called perilla)—a Japanese herb that tastes like minty pine—you can make one of the most exciting tempura items! Flour and batter lightly on one side, then pop into the oil.

Nori. Nori, the dried sheet of compressed seaweed used so often at the sushi bar, makes great tempura. Cut a strip that’s about 1 by 2 inches. As with shiso, flour and batter on one side only.

The ideal in shrimp tempura—which you can see in any good Japanese restaurant—is a straight shrimp, not at all curled. This takes a little work—and a few tips from Sachi.

First, buy shrimp that run about 24 to the pound. Then you can easily do the math: if you’d like to serve each guest 8 shrimp, you’ll need about 2 pounds.

Peel off the shells, but leave the tail section intact. The trick is to remove a small piece of shell that looks like a thorn; it’s right over the spot where the tail meets the shrimp flesh. Just pick it off. This little piece holds water, which is not good for the frying. Similarly, the ends of the tail hold water. Lay the shrimp on the counter, and with a sharp knife, diagonally cut off the bottom 1/8 inch of the tail; you will likely see water being expelled as you do.

Time to enforce the straightening. Pick up the shrimp, and place it de-veinedside down on the cutting board. With the knife, make four even gashes on the underside of the shrimp (where the legs were); each gash should be about 3/8 inch thick. Now turn the shrimp over, so the de-veined side is on top. Use the first two fingers of both hands to press firmly on the tail end, until you hear a little crack. Move your fingers up the shrimp and crack it again. Crack it two more times, moving toward the head end of the shrimp. Now wrap your fingers around the shrimp, which is still de-veined side up on the board, squeezing hard from both sides toward the center. You will end up with a long, straight, slightly compressed strip of shrimp. It is now ready for flouring and battering.

You can have more than 1 piece of tempura going at a time, perhaps as many as 6 pieces in a large wok, and if you have two large woks with hot oil, 12 pieces simultaneously! Start slowly, but you will soon get into the rhythm. You may want to use a spider or tongs for efficiency. Try to keep the oil at an even 335°F.

Light and Crispy Tempura with Shrimp and Assorted Vegetables