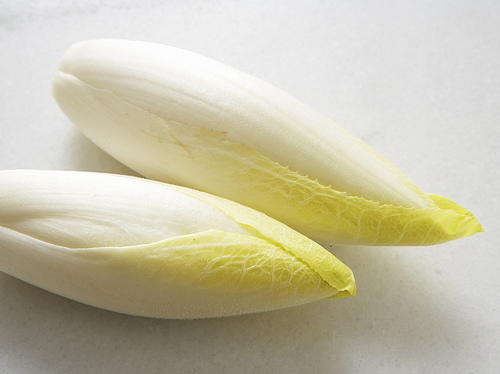 The best-known way to cook radicchio di Treviso is over a slow wood or charcoal fire, basting the lettuce with olive oil as it wilts gradually to a pliant, tender consistency; the flame must not be allowed to char it. It can also be done successfully on an indoor grill, as described here.In America, I have only rarely seen radicchio di Treviso, and then at frightfully high prices. The round radicchio that looks like a little red cabbage is more available, but it too is quite expensive, and it is perhaps better raw than cooked. In my opinion, the most satisfactory substitute for the skinny Treviso radicchio is that far more abundant member of the same chicory family, Belgian endive. The one ingredient for which there is no acceptable alternative in this dish is good olive oil, whose irreplaceable flavor must seep into the endive as it softens slowly over, or under, the fire. 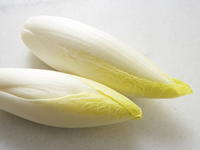