Frog Legs with Garlic and Parsley 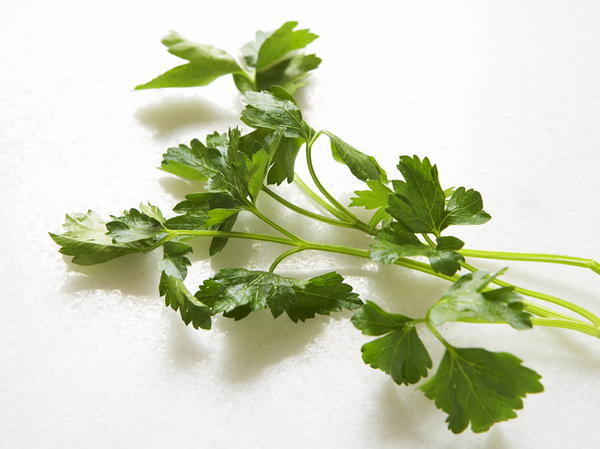 A family tradition and summer ritual for me is catching grenouilles, or frogs, a pastime I enjoyed with my brothers every summer of our youth. We used to catch crawfish as well as frogs in the ponds and little streams near our home in Bourg-en-Bresse or in nearby Neyron. To catch crawfish, we tied together pieces of wood, creating a bundle two to three feet around and nearly the width of the little brook. We would stick pieces of meat and fish, eggshells–anything edible–into the wood and leave it there for a day or so, then lift the whole wood bundle out of the water and put it on the grass bank. When we opened it up and spread it out, we would find a dozen or so crawfish that had crawled through the wood pieces to retrieve edible bits and remained there. My mother would cook these in a very flavorful and highly peppered vegetable stock, and we would eat them with melted butter or mayonnaise and bread. The frogs were the prize catch. The classic way of capturing them was with a string tied to a wooden pole. At the end of the string, we attached a little piece of red cloth. Frogs love the color red, and would clamp their mouths onto it. Then, with a flick of the wrist, we tried to make the frog jump out of the pond, or botasse, which had edges lined with water lilies and long reeds, perfect as a hiding place for frogs. We would get a few frogs this way, but eventually we devised a better method that we still use. We go out at night with a flashlight and a little net, and shine the light at the frog, getting as close to it as we can. Somewhat hypnotized by the light, the frog doesn’t move. We clamp the net down over it, and then carefully remove it from the net. When Claudine was very young and spent summers in France with her cousins, she learned to love the plump, juicy, and tender frog legs that she called “les petites cuisses,” or “tiny legs.” She requested them each time we went to a small bistro or country inn in the Lyon area. I have many frogs in my pond, but I have to fight the rest of nature to get them. Whether it is an egret, a heron, a hawk, or a raccoon, something seems to consume a great many of our frogs. Even though we have thousands of tadpoles in our little pond each spring, the frog population declines through the summer because of competition with nature. Yet we still get enough frogs once or twice a year to keep the tradition alive. I do not enjoy killing animals, but I know how to kill a frog well and fast. Grab it by its back legs and bang its head a couple of times on a nearby rock. This kills the frog instantly. If you don’t plan to catch your own frogs for this dish, you can find fresh or frozen frog legs at many fish markets and specialty stores, and they can also be purchased from online sources. Note that the yield for this recipe is for only one portion, which is often the case when I go hunting for frogs, as I usually end up with enough for one or two servings at most. Yet, if buying frogs for this dish, you can always extend the recipe to serve as many guests as you like. Frogs are not served at a formal dinner; they are the ultimate finger food and a treat at home in summer or in the little bistros of the Lyon area, where grenouilles persillade is always featured on summer menus. There are many ways to prepare frog legs. Sometimes they are sautéed and garnished with stewed tomatoes, and in Bourg-en-Bresse they are poached in white wine and shallots and finished with tarragon and cream. Yet the classic way to serve frog legs is with a persillade, a combination of parsley and garlic. To dress a frog, cut the skin down the back, and insert a finger of each hand under the skin. Pull in opposite directions until the skin slides off. Remove the guts, and using scissors, cut off the head and the feet. Discard the skin, head, and feet. Wash the legs well under cold water, and dry with paper towels. 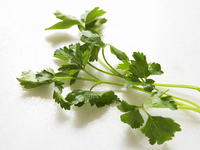 Frog Legs with Garlic and Parsley

As someone who lives in France it is rather tiring to hear of the Brits or half Brits making out like they are terribly ladida because they have been to some random village in France. There are very few French people who eat Frogs' legs every time they go to a bistro 'near Lyon' for a starter (pun intended). Frogs' legs are a bit like eating your earlobe, there is very little to eat per animal, and they taste much like a slippery, boiled chicken morsel. Remember these creatures eat flies all day long. They are also suffering from a wide range of fungal diseases and, boom, boom, sewage and chemical pollution. The Swiss (who eat about 1.2tons of this) are looking to have it banned with the premise that it is on par with shark finning - killing the animal inhumanely and then using a very small portion (less than 20pct) of the animal is not justified. The Americans, for their part, annually import 4.6 million pounds of frog legs, representing an estimated 1.1 billion frogs, and 4.4 million pounds of live frogs. The European Union imports a staggering 9.2 million pounds of frog legs, or 2.3 billion frogs, each year. Most are wild caught in Indonesiaâ€¦a sad comment on the EUâ€™s conservation ethics, considering that native European frogs may not be collected. Therefore buying Frogs in France means (and the French never tell you this unless you ask which the author clearly has not done) buying a Bangladeshi/Indonesian frog. India has now banned the export of frogs because they found they had to use huge amounts of pesticides in their place - pesticides that still remain in the lakes that are poached.Lastly, having done an extremely quick Google search, the quickest means to kill a native frog (and again, this is ILLEGAL in France and Switzerland, wake-up) is not 'by banging its head on a rock a few times which kills it instantly', but I rather feel that sums up the maturity of your article..