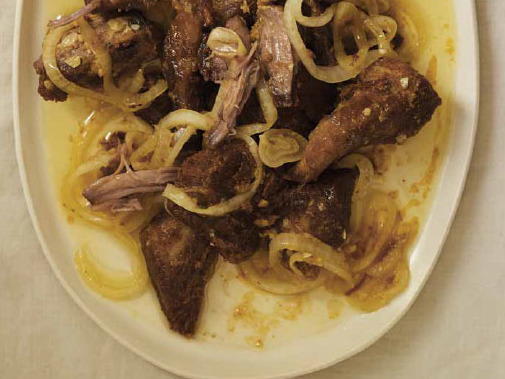 This image courtesy of Ellen Silverman

This recipe is inspired by the Paladar de las Masas where we stopped on our way to Pinar del Rio. The pork chunks are lightly salted then set in a heavy pot with a small amount of lard and just enough water to cover. Kept at a gentle simmer the sounds of bubbling broth give way to a hard snap, indicating that the water has evaporated and the pork has rendered its lard. From there they begin to fry, browning and crisping on the outside, while staying pink and tender inside. 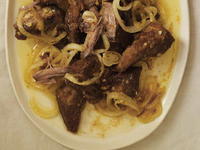