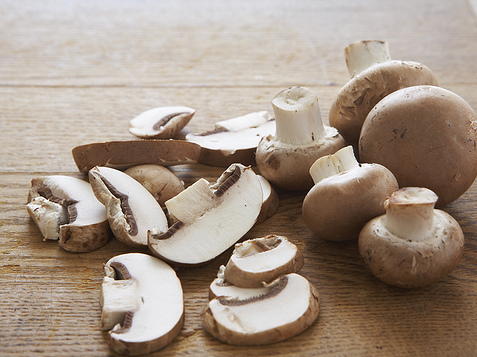 My first official cooking job was in the midseventies at a bar in Ann Arbor, Michigan (where I went to college), called the Del Rio. They featured live jazz on weekends. It was a democratic place; all decisions were made by common vote and it felt like one big family. The food we cooked was not all that sophisticated—chili, hamburgers, Greek salad, and soups based solidly on jars of soup base—but I got into it and prided myself on my soups in particular (the only item for which we did not have a formula). The most popular dish on the menu was a burger called the “Det” burger, which had been developed in the early seventies by one of the cooks, Bob Detweiler, when one day he got tired of making the same old burger on a bun. He topped the basic burger with what became the “Det” mixture—drained canned mushrooms, drained canned California olives, and reconstituted dried green pepper bits, covered with a slice of onion and cheese (his wife Julie, the manager, suggested the cheese). And here is the most important point—he steamed it in beer! It was really delicious, the sort of burger you dream about.

I have developed my own version here using fresh mushrooms, Mediterranean olives, and canned green chiles to add a little bite. Roasted peeled poblanos are even better, but not everyone can go to that trouble on a weeknight. I made the Det burgers (with the poblanos) when I did a burger show on Sara’s Secrets, and Michael Romano, the chef from New York City’s three-star Union Square Café (who joined me to make his famous tuna burgers), insisted on taking the Det burger recipe home with him. Serve with Oven Fries and Cole Slaw. 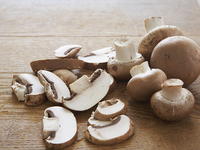