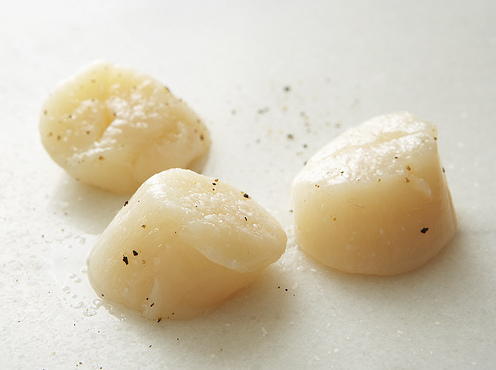 My mother is the queen of doggie bags. I spent a mortified childhood cringing in fancy restaurants as she smiled sweetly and asked for every leftover morsel to be wrapped up. "The chef takes it as a compliment:" she said as foil swans with slivers of duck magret in their bellies swam across the dining room to our table At home, the leftovers became fodder for new dishes. Those bits of duck magret got tossed with tomatoes and pasta; osso buco was whisked into eggs for frittata; soft-shell crabs were nestled in toasted English muffins. Naturally, I've inherited some of the same urges. And this is probably why, one recent evening, I found myself staring into a partially consumed container of Thai takeout, wondering how I could metamorphose it into dinner. There wasn't much left: a half quart of tom yum-the famous Thai hot and sour soup-with a few floating shrimp and some plain white rice. How to stretch that into a meal for two? I dug deeper into the fridge and unearthed some leftover roasted chicken. What if I added the chicken to the soup and served it over rice? While that sounded filling enough for dinner, it wasn't appealing enough. What else could I add? Tomatoes or avocado might have lent a meaty textural contrast. But I didn't have any. Nor, surprisingly, were there any canned tomatoes in the pantry, which I thought I might have simmered into the soup to make it richer. But there was a can of coconut milk. Wouldn't that serve the same enriching purpose? I gave it a try, simmering the tom yum broth with the coconut milk until silky, then mixing in the shrimp, chicken and rice. As a final touch, I squeezed on some lime juice and dusted the top with chopped parsley, the only green herb at hand. To my astonishment, my improvised little stew-sweet, sour, and very savory-was delightful, even better than that original Thai meal and not much harder than ordering in. Of course I realized, as my husband and I spooned up the heady broth, that the reason it was so easy was because the premade tom yum provided most of the complex flavor. But was there a way to re-create a version of this stew without having to call up my local Taste of Thai? A few weeks later, I decided to find out. First, I found a simple version of tom yum online. Then I trotted over to my local market. Although the store, a one-stop greengrocer and fishmonger, is generally well stocked with Asian ingredients, my recipe called for things far too exotic for the likes of Park Slope, including galangal and fresh kaffir lime. I was able to find lemongrass, though, and figured I'd use lime zest in place of kaffir lime. I wanted to buy ginger to substitute for galangal, but the roots on offer were so shriveled that I decided on nice plump shallots instead, figuring they would add a different but just as welcome aromatic touch. I also picked up some fresh cilantro and basil as more authentically Southeast Asian herbs than parsley. Last, instead of chicken, I went for a combination of red snapper and shrimp since both looked good and fresh, glistening on ice. Once home, I made a quick broth using all my groceries plus fish sauce for a salty depth, and touches of brown sugar and rice vinegar to accentuate the sweet-tart flavors I was after. Then I threw in the fish, shrimp, and herbs, and let the flavors meld while the seafood cooked. A few minutes later, my husband and I sat down to what turned out to be my favorite incarnation of my Thai food experiments. Although it wasn't authentic, my latest stew was profoundly flavored and nuanced, with pungent notes of herbs, lime, and saline fish sauce, softened by the creamy coconut milk, supple seafood, and rice. At the end of the meal, there was a small amount left over. And I couldn't help but imagine, as I crammed the container into the fridge, just how I'd reinvent it the next time. Or maybe, for once, I'd leave well enough alone. 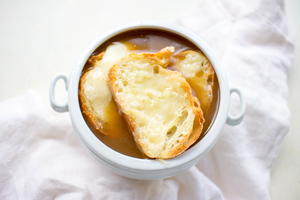