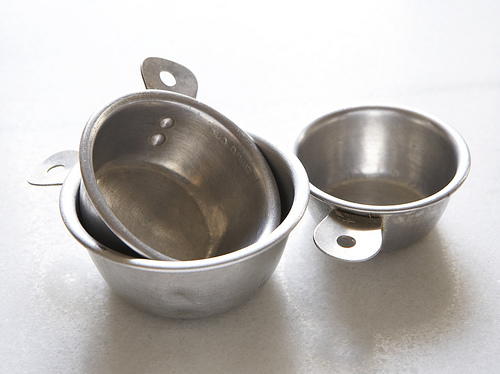 Tarama, cured fish roe, usually that of carp, is the base of this dish, one of the great Greek mezedes. (Although one may think that tarama is imported to the U.S. from Greece, I have learned that most of it makes its way to Greece from Norway. The cheapest types are often tinted pink to enhance their appearance.) The combination of potatoes and almonds beaten into the roe creates a fluffy, gently flavored emulsion that can serve as a dip, a sauce, or a filling. This recipe came from a friend who got it from a store owner in Astoria, Queens, a New York Greek neighborhood. Most people now use a food processor to blend the mixture, which tends to liquify rather than emulsify. To achieve the best texture and flavor, you really should use a meat grinder as we do at Molyvos. If you don’t have one, first grind the almonds in a food processor, finely dice the onions by hand, and then pulse the two together for only a second or two to combine. Put the cooked potatoes through a potato ricer or food mill and then combine them with the almond/onion mixture by hand. Then, and only then, should you proceed with finishing the recipe! 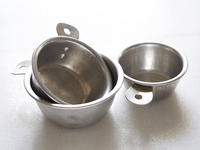