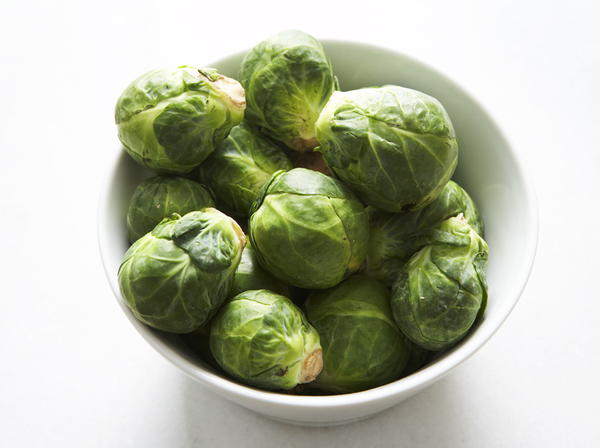 Just as I have never understood the sheer hostility that a turkey can induce in people, nor do I have much time for the antipathy displayed toward the Brussels sprout. Again, the cause for complaint stems from overcooking. When a sprout is allowed to keep a bit of bite, it has a nutty freshness. It helps if the sprouts you’re cooking are relatively small: once they’ve reached the large, blowsy unfurling stage they can be harder to deal with satisfactorily. But there are ways: should you want an alternative to the recipe that follows, you could shred them by pushing them through the fine slicing disc of a processer then briefly stir-fry them with either some bacon or ginger, or indeed, crumbled chestnuts; this snappily overcomes their overblownness. The sprout recipe below is really only a slight detour from the traditional route. By all means, stick to the orthodox if you prefer by adding only buttery chestnuts to the Brussels sprouts, but what follows is now my own traditional way of cooking them. There is a lot of parsley, I know, but think of it as another vegetable ingredient rather than a garnish.

NotesObviously, if you can’t get your hands on pancetta, it’s fine to use bacon. Just scissor it up, and fry it in a little more oil than you need for the pancetta, before proceeding.

Much as I love these sprouts, I’d always hope for leftovers, not least because one of my favorite things in this book is the bubble and squeak on page 64. Otherwise, if you reheat with some vegetable or chicken stock (I prefer the latter, and the pancetta means you’ve already lost the vegetarian vote) and a handful of frozen peas, you can blitz or blend this into a sweet and comforting soup.