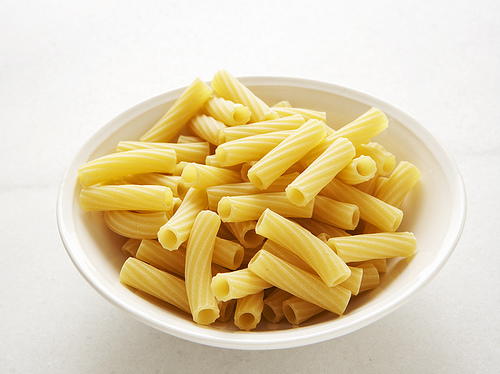 In the early years of my career in cooking, the statement that seemed most to startle students and interviewers was that spaghetti and meatballs is not an Italian dish. To be exact: the concept is undoubtedly Italian; it is the execution–the colossal meatballs, overloaded with herbs, saturated with oil, buried in tomato sauce–that appears solely on the western side of the Atlantic. The diminutive meatballs in this festive rigatoni pie, produced with a minimum of seasoning, show how it is really done. Although I have used pork in the recipe because I like the flavor, one could as easily use beef or lamb or, as they call it in Abruzzi, the butcher’s mixture: a combination of all three. Rigatoni is the shape to use when making any dish in which the pasta is cooked in two stages, first boiled alone, then baked with other ingredients. The shape’s thick walls stand up to prolonged cooking without turning mushy, and the capacious hollow’ within them is an ideal receptacle for the béchamel that is nearly invariably used in such preparations to bind the other ingredients. 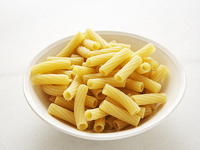 Is it possible to make this dish using something else other than a spring form pan? I don't have one and don't particularly want to buy one just to make this dish. Although it does sound very delicious!

Great recipe! The sauce is easy to make and turns out thick and rich.