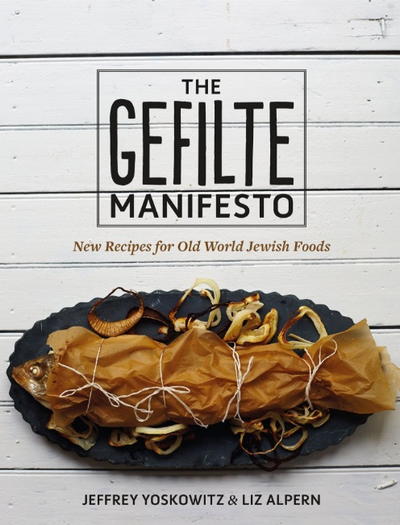 The founders of the world-famous Gefilteria revitalize beloved old-world foods with ingenious new approaches in their debut cookbook.

Liz Alpern and Jeffrey Yoskowitz are on a mission to reclaim and revolutionize Ashkenazi cuisine. Combining the inventive spirit of a new generation and respect for their culinary tradition, they present more than a hundred recipes pulled deep from the kitchens of Eastern Europe and the diaspora community of North America. Their recipes highlight the best of Ashkenazi home and storefront cuisine, tapping into the enduring Jewish values of resourcefulness and seasonality.

Dishes like Spiced Blueberry Soup, Kasha Varnishkes with Brussels Sprouts, and Sweet Lokshen Kugel with Plums celebrate flavors passed down from generation to generation in recipes reimagined for the contemporary kitchen. Other recipes take a playful approach to the Old World, like Fried Sour Pickles with Garlic Aioli and Sour Dill Martinis.

The Gefilte Manifesto is more than a cookbook. It’s a call to action, a reclamation of time-honored techniques and ingredients, from the mind-blowingly easy Classic Sour Dill Pickles to the Crispy Honey-Glazed Chicken with Tsimmes. Make a stand. Cook the Manifesto. The results are radically delicious. 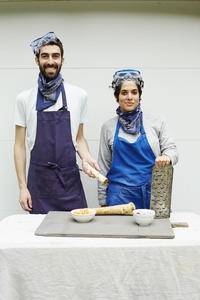 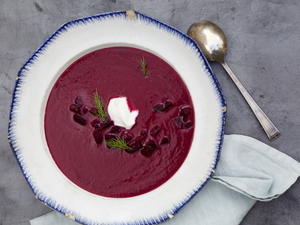 One summer day, Jeffrey and I headed to Little Odessa in Brighton Beach, Brooklyn. We were visiting our business partner Jackies ninety-two-year-old Russian-born great-aunt, Lilya. She had immigrated to Brighton Beach from the Soviet Union in 1989. Lilya was known for her borscht, and shed invited us to spend time with her while she salted and seasoned three varieties of the soup. At ninety-two, she was extraordinary, foisting shots of vodka on us and showering us with words of wisdom. We left Brighton Beach inspired and feeling lucky to have met her. She passed away a couple of years later. We developed this recipe with her in mind. This beet borscht is perfect served chilled on summer days or served hot in the colder months. The ideal borscht, writes Aleksandar Hemon in the New Yorker of his Bosnian family traditions contains everything . . . and it can be refrigerated and reheated in perpetuity, always better the next day . . . The crucial ingredient . . . is a large, hungry family, surviving together. Jeffrey thinks that this recipe should utilize rossel (the brine from fermented beets, otherwise known as beet kvass) instead of vinegar to add tang, since traditionally borschts coveted sour flavor was cultivated by first fermenting the beets. But I disagree. I like the flavor that vinegar adds, even if it isnt as Old World. This recipe uses vinegar (I won!), but if youd like to be more old school and first wait a week to ferment your beets, follow the Beet and Ginger Kvass recipe (page 290) but omit the ginger. And while this recipe calls for roasting beets and adding them to the soup, it also tastes great without roasted beets. Just cut the beet amount to 1 pound if omitting the roasting step. 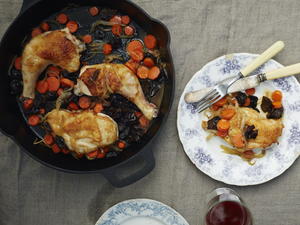 Tsimmes is a sweet Ashkenazi stew in which the ingredients vary depending on family origin and tradition. The dish is often eaten during the Jewish High Holidays to symbolically usher in a sweet new year. This sweet-and-savory chicken tsimmes is an easy dish with a built-in side. The juices of the chicken enhance the flavors of the carrots and prunes. Its filling when paired with rice or kasha, and its colorful and complex enough to serve for the holidays. 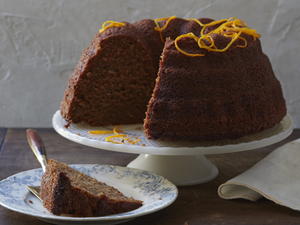 Honey cake emerges from its hibernation around the High Holidays in the fall, when honey and other sweet foods are eaten to usher in a sweet new year. But as much as this is an early fall cake for the holidays, its warming spices make it a perfect winter cake that works both for dessert and in the morning with a cup of coffee. The rye adds a rustic feel, a feature of older Jewish and rural French honey cake recipes. Try cutting out the sugar altogether if you prefer a more subtle sweetness. We often bake our honey cake in a loaf pan, but for special occasions, a Bundt pan looks beautiful. If using a standard 10- or 12-cup Bundt pan, youll need to double this recipe, and let it cool for an hour before removing it from the pan. 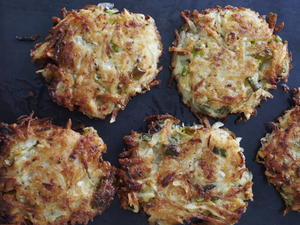 Hanukkah is the time of year I feel the most Jewish. While the rest of New York is feverishly buying gifts and planning big family meals, Im quietly grating potatoes by the light of the menorah. In contrast to so many other Jewish holidays, Hanukkah celebrations are relaxed and loose. It feels like all I need to do is fry up some latkes, and Im in the perfect holiday spirit. The latke as we know it took quite a culinary journey, beginning centuries ago in Italy as a cheese fritter fried in olive oil, then moving northeast, where it morphed into a buckwheat and rye pancake, and then a turnip fritter fried in schmaltz. Finally, in the mid-nineteenth century, the potato took over. This latke includes root vegetables alongside the classic potatoes, which lend extra color and flavor to the mix. Note that if you prefer a pure potato latke, simply substitute 6 small russet potatoes (about 3 pounds) for the veggies in this recipe. The root vegetable version is a bit lighter and more fragile than the purely potato version, so take care when forming into latkes for frying. 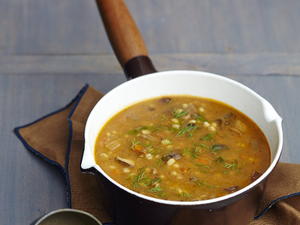 Part of what made mushroomsone of the primary flavoring agents of Ashkenazi cuisineso popular was the fact that they could be foraged from the forests, free of charge. They also possess a meaty, umami character. The best foragers, often peasant women, would gather extras after a rain spell and sell them at markets. 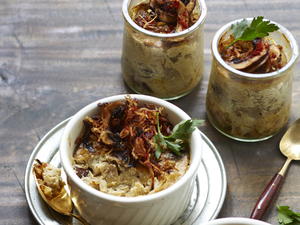 Kugel comes in many forms, not just noodles. Liz and I both love savory vegetable kugels, and this cauliflower-mushroom version is lighter and more refined than the ever-popular potato kugel. If youre lucky enough to live in a place where foraged mushrooms are accessible, get the best you can find. They will only enhance the dish. In Seattle, we made this dish with hedgehog and black trumpet mushrooms foraged from a nearby forest, and it was the best version of this kugel weve ever created. 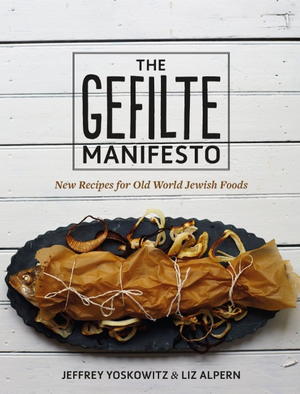