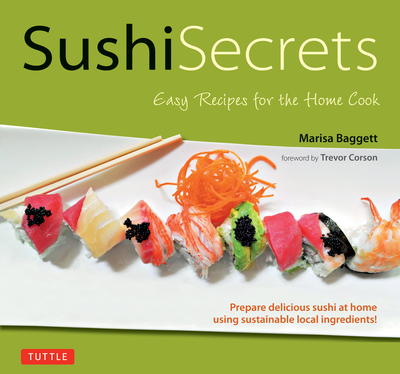 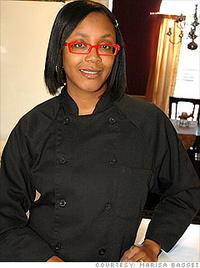 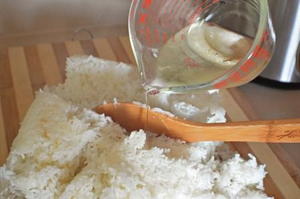 Don't be put off by the total time needed to complete this version of Sushi Rice. Most of it is hands-off time. For your patience, you will be rewarded with perfectly flavored rice that spreads easily. 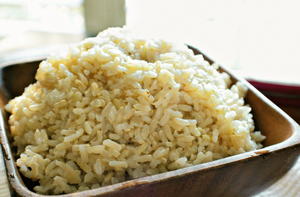 The use of a long grain rice may seem counter intuitive for preparing sushi. But then again, so does using brown rice. Just after the rice is tossed in the dressing it may seem overly sticky. This is okay. Once the rice cools to room temperature, the stickiness reduces greatly and it becomes a more willing participant in the sushi 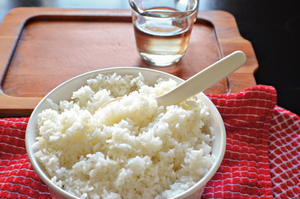 If you're eager to get rolling or don't have a rice cooker, this quick microwave method will produce tasty Sushi Rice in just around 45 minutes. Be sure to have plastic wrap and aluminum foil ready when the timer sounds so that the least amount of steam escapes before being tightly covered. 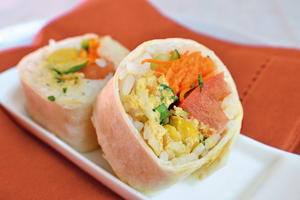 One of the things I love most about a great bar mitzvah (or bat mitzvah, for that matter!) is the thought and creativity that often goes into their planning. Ive always considered it an honor to be asked to create kosher versions of sushi for these events. Never have I minded the mashgiach, a rabbi, or other supervisor versed in kosher law, looking over my shoulder at my every move. After all, even rabbis like to pick up a few good sushi-making tips! 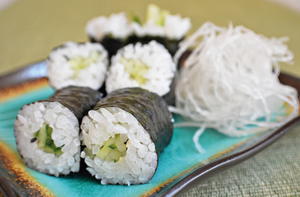 Did you know that kappa is not the Japanese word for cucumber? It is the name for a mischievous, mythical, turtle-like creature that guards bridges often demanding a toll for safe passage. However, cucumbers are said to be among their favorite prizes, hence the name for this thin roll. 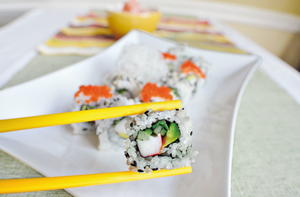 Sushi expert Trevor Corson reminds us that despite the name, the California roll was not originally created for American tastes. In the early 1970s, early sushi bars in Los Angeles catered mostly to traveling Japanese businessmen. When the fatty belly of blufinn tuna, toro, became scarce, one chef combined crab and avocado to create the feel of tuna belly on the tongue. The name California roll was given to honor the plentiful, local Californian ingredient--the avocado. 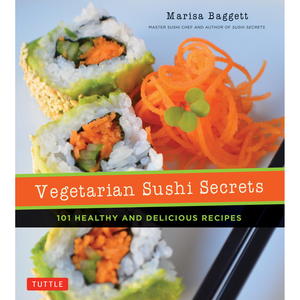 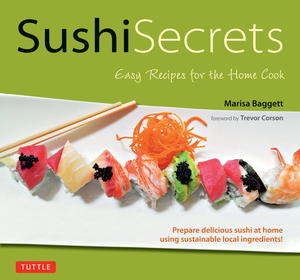