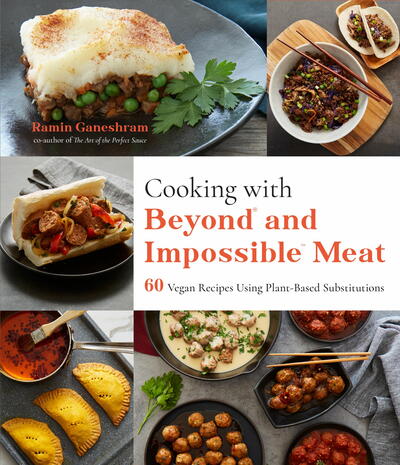 Whether you’re a hardcore vegan, a longtime vegetarian or a habitual carnivore, prepare to have your mind (and your taste buds!) blown by what Ramin Ganeshram offers: 60 meat-inspired recipes so tasty, you won’t believe they’re meatless.

Be they broiled, grilled, baked or fried, you’ll enjoy not only the incredible flavors and variety these plant-based alternatives present, but also their healthier nutritional value and adaptability to different diets. Fans of Beyond Meat® and Impossible Foods TM will get amazing insight into the differences between both, as well as how versatile they can be. There is a universe of meal options beyond just making burgers.

Featuring beloved all-American dishes like Sloppy Joes and Shepherd’s Pie, as well as irresistible fare from around the world like Korean-Style Egg Rolls and Kebabs Four Ways, there’s not a single delicacy you’ll be missing out on. Take a walk on the meatless side for a culinary experience you won’t soon forget. 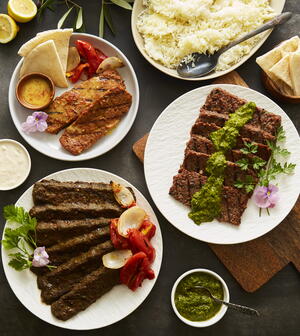 This recipe is inspired by Middle Eastern lamb kebabs called kofta that are usually eaten tucked into pita bread along with lettuce and tomato and generously drizzled with tahini sauce. I chose Beyond Meat for this preparation because, like the animal meats traditionally used for this kebab, it is fattier. For the same reason, its important to chill the Beyond Meat mixture after mixing but before combining into the kebabs so they hold together on the grill. 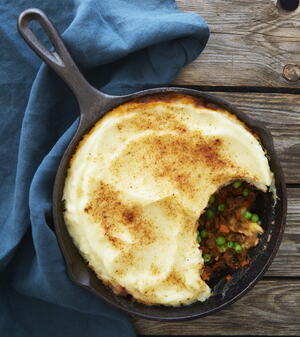 This classic Irish recipe is a hearty one-dish meal than can be made ahead to be rewarmed in the oven just before serving. I like to use Beyond Beef Crumbles because they have the texture to stand up to multiple rounds of cooking frying, simmering and baking. The key to the fluffiest mashed potatoes is to put them through a potato ricer or food mill, if possible. Fresh peas are preferable in this recipe because they retain their bite and flavor, but frozen peas will work in a pinch. 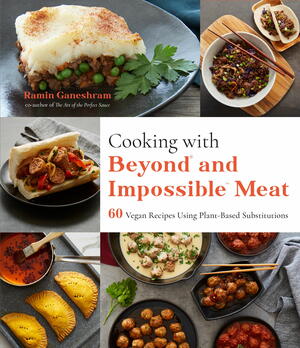