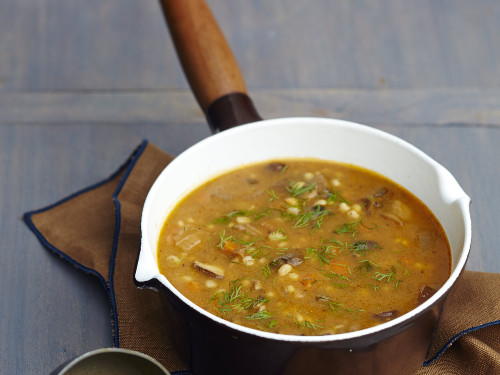 This image courtesy of Lauren Volo

Part of what made mushrooms—one of the primary flavoring agents of Ashkenazi cuisine—so popular was the fact that they could be foraged from the forests, free of charge. They also possess a meaty, umami character. The best foragers, often peasant women, would gather extras after a rain spell and sell them at markets.

Among the types of mushrooms eaten by Jews in Europe, porcinis (often referred to as cèpes, from the French) were quite common. Even after Jews immigrated to North America, where they relied mostly on North American ingredients for cooking, there was a robust mushroom trade for imported porcinis from the Old World. “Mushrooms were one of the few things they [Jews] bothered to bring in from the Old Country,” explains food historian Jane Ziegelman. “There was even a little mushroom wholesale district on Houston Street.”

This recipe is best made with porcinis, both dried and fresh, but a variety of mushrooms, including shiitakes and even portobellos, will taste great. The dried mushrooms give this soup particular depth. Also note that the barley is cooked separately from the broth, to ensure a soup that isn’t gummy or porridge-like, as mushroom barley can sometimes be. 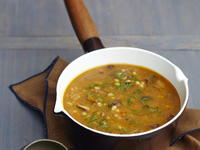 Hi there! So glad you enjoyed - thank you for the feedback!