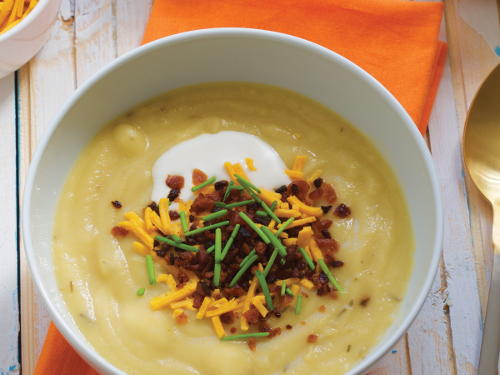 Editor's Note: Cream of potato soup is the perfect comforting dish to make any time of the year, but especially in fall and winter. This recipe for Loaded Potato Soup with Bacon is unique becuase it is entirely plant-based and dairy-free! The potato soup gets its creaminess from almond milk instead of dairy milk, and the finished product is topped with vegan Cheddar cheese and vegan sour cream. Even if you aren't a vegetarian or vegan, you are sure to enjoy this rich and flavorful Loaded Potato Soup.

This potato soup is hearty, comforting, super easy to make, and loaded with all your favorite potato bar fixings. Eat it when there’s a chill in the air, and you’ll feel warm and cozy. 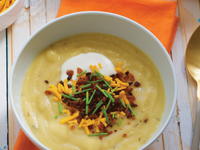