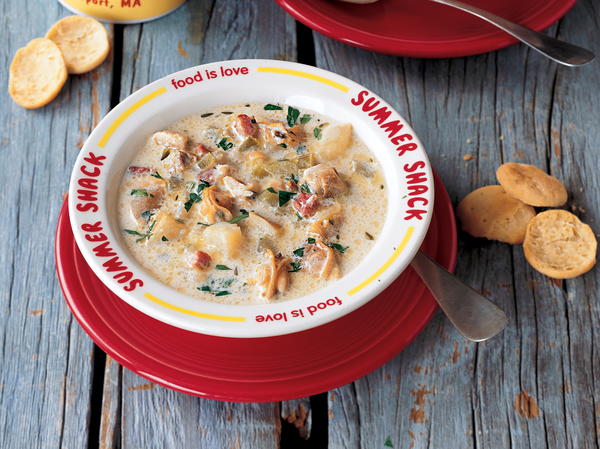 This image courtesy of Kate Sears/Sublime

On Cape Cod, clam chowder means quahog chowder. Quahogs are large hard-shell clams, also known as chowder clams, and they are abundant on the Cape. Quahogs have a wonderful flavor that makes a distinctive chowder. Chowder is a dish of humble origins and if often relies on “found foods” like fish you catch yourself or clams you dig. Clam chowder is like apple pie in that everyone has his or her concept of what it should be like (usually people like their mother’s version best). In the spirit of true home-style chowder making, this recipe depends on potatoes to lightly thicken the chowder; no other starch is added. I use salt pork, which imparts a mild richness to the chowder; you can substitute bacon for a smokier flavor. This chowder can be served in small cups as a starter or in larger bowls as a main course. Serve toasted common crackers (see Notes), Pilot crackers, oyster crackers, or saltines on the side for a little crunch. 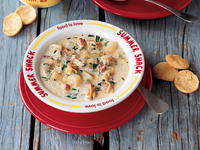