The Lee Bros. Southern Cookbook: Stories and Recipes for Southerners and Would-be Southerners 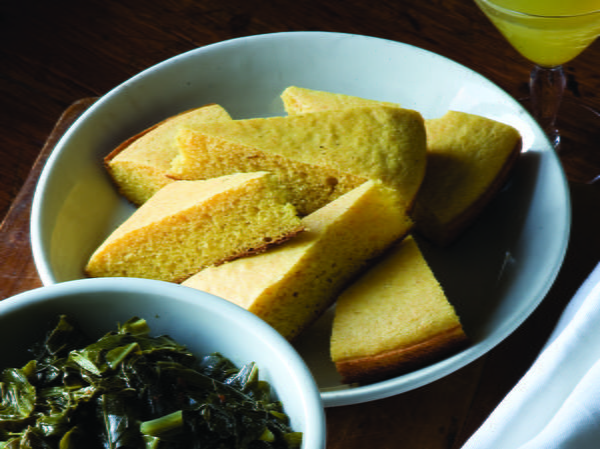 This image courtesy of Gentl & Hyers

Editor's Note: After you get this recipe for Crispy Corn Bread under your belt, you'll find plenty of ways to incorporate it in any meal! The perfect accompaniment to a bowl of chili, served with fried chicken, or even eaten on its own as a mid-afternoon snack, this easy corn bread recipe is one that you will want to keep right at your fingertips. This Crispy Corn Bread recipe is baked in a skillet, giving it a delightful texture that you will love. Are you stuck on the type of corn meal to use? Then take a look at the note by the recipe's authors, which is located below the recipe's instructions.

Fine with me if someone puts a half teaspoon of sugar in her corn bread. As long as she calls it “cake,” not "corn bread.” —Ronni Lundy Southerners are particular—touchy, even—about their corn bread, at the southern food ways symposium, in Oxford, Mississippi, a tall woman collared Ted, shouting, “I’ve got a bone to pick with you!” We’d recently published a recipe in the New York Times for corn bread and chestnut dressing which used—gasp!—yellow cornmeal. “You gotta use white meal if you’re gonna make real corn bread!” she hollered. Then, in a quieter voice: “Hi, I’m Mindy Merrell.” For twelve years, Mindy worked in the test kitchen of the Nashville milling company Martha White. She’s made thousands of batches of corn bread, and she knows a lot about how southerners bake.

As is often the case with folks who are zealous about their food, we became fast friends, and she told us she would bake us a proper corn bread the next time we were in Nashville. A year later we passed through Music City and took her up on the offer. Our expectations were high, and of course she exceeded them, and forever changed the way we cook corn bread. Mindy’s version has an emphatic corn flavor and the textbook caramelized crust, but its genius lies in the way it manages to double the crispiness of the bread while remaining perfectly moist. And it has nothing to do with chemistry (or color of the meal) but everything to do with skillet size. Mindy bakes a single six-serving batch in a 12-inch skillet instead of a 9-incher, so the batter lies thinner in the pan. The bread bakes up only about a half-inch thick, which means the crust-to-crumb ratio is quite high. It’s a thin, elegant flatbread, and if you start baking it daily, you just might make up for all those thick, Sahara-dry corn-bread bricks you’ve eaten.

You can use white cornmeal if you wish. We use yellow more often than not. 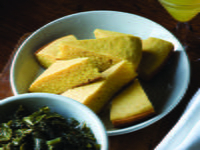 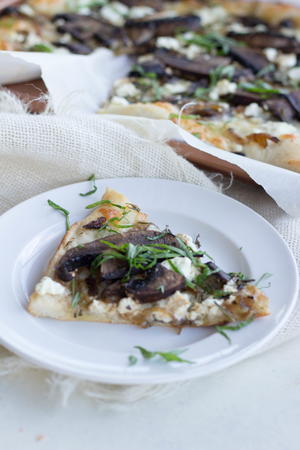 Portabella mushrooms, which are available a good part of the year, make this a particularly hearty pizza. However, if you prefer,… See more