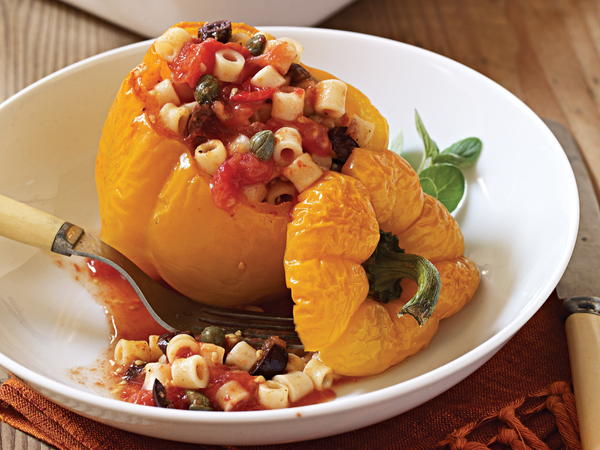 This image courtesy of Alan Richardson

Capers, olives, and anchovies are the Three Musketeers of Southern Italian cooking. Here they are mixed with tomatoes and pasta to stuff sweet bell peppers before roasting. If the peppers are very large or if I am making these as part of an antipasto and want smaller portions, I cut the peppers in half lengthwise, scoop out the seeds, and stuff each half for smaller individual servings. 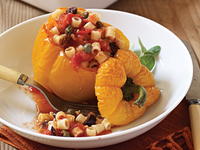