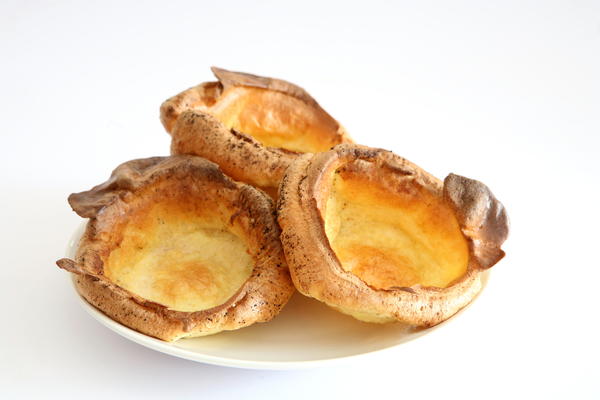 Yorkshire pudding is traditionally served with roast beef and is a similar batter to that used in the Toad in the Hole recipe. In poorer families, both, indeed, had a similar purpose. With the Toad, the intention was to make a small amount of meat stretch a bit further, while the Yorkshire pudding was often served before the meat course, thus providing a cheap way to take the edge off of the appetite and make the more expensive meat go further. In poorer households, the Yorkshire pudding served with gravy was often the only course. Doctor O’Reilly tells me that it dates back to the eighteenth century and came from the North of England. He likes me to serve it with a lamb roast fillet or roast pork, as well as roast beef.

This batter can be made up to three days in advance but you should bring it back to room temperature before cooking.