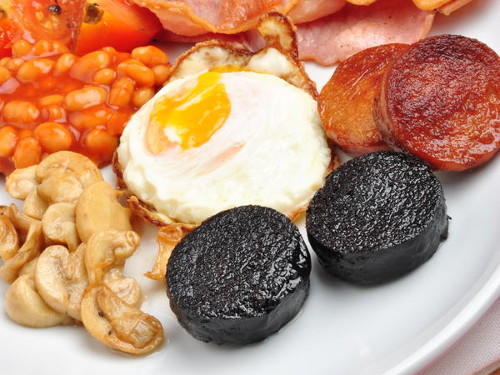 The Ulster fry dates back to Victorian times and the English version was included in Mrs. Beeton's Book of Household Management. An Ulster fry was usually eaten at breakfast time and was regarded as the best meal to set you up for a hard day's work or for play. There was also a belief that it was a good cure for a hangover. In Ulster most restaurants and pubs now serve the Ulster fry at any time of the day.

Black pudding is usually included in an Ulster fry and is made from pork blood, oatmeal, pork fat, spices, and onion, encased in a sausage skin. It is an acquired taste and some people prefer white pudding, which is similar but does not contain blood.White pudding, however, is not traditionally part of an Ulster Fry.

Regional variations are known as a Full English, a Full Scottish, or a Full Irish and there are differences between them. The English and Scottish breakfasts will include baked beans and sometimes mushrooms. The Full Irish includes white pudding.

Read NextToad in the Hole 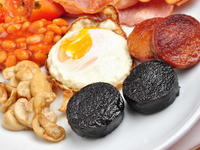