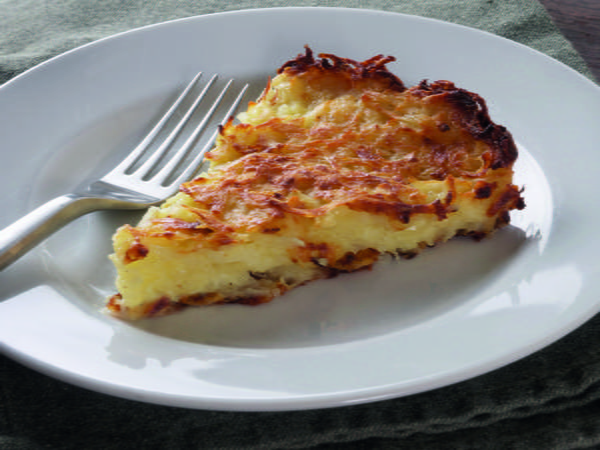 This is simply hash browns given amazing flavor and crispness from the schmaltz. Potato kugel is no different from latkes, except that schmaltz is added to the mixture here, whereas latkes are shaped into patties and then fried in schmaltz. (Potato kugel is considerably different from noodle kugel, which uses cheese and more eggs and is sweetened with sugar and spices.) The eggs allow you to call this a kugel, but it’s basically just a giant latke—every bit as tasty, twice as easy, and the cook can sit down with everyone else and eat it hot. I shred potatoes by hand on a box grater because it’s faster than cleaning up the food processor, but feel free to use a processor fitted with the shredder blade. I like to cook this kugel in a 12-inch/30-centimeter cast-Iron skillet because it’s so convenient and makes a great serving vessel, but a baking dish will work perfectly fine. Leftovers can be reheated in a toaster oven; try serving leftovers with a poached egg on top! 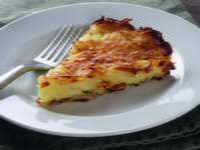