Home > Cooking Tips > How to Blind Bake a Pie Crust 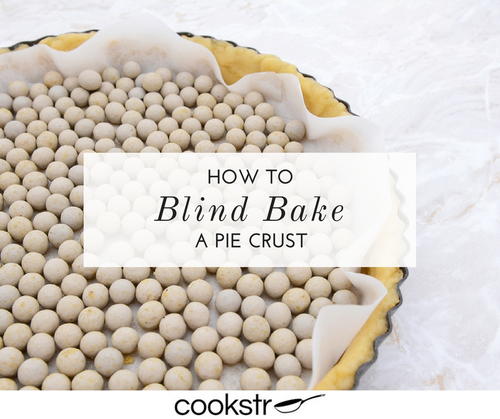 If you're a fan of baking shows, you've probably seen professional bakers baking the crust of a pie or a quiche separately. This is called blind baking, but it is also sometimes referred to as pre-baking or parbaking, and chefs don't just do it for fun! There's a practical purpose to it, too.

It might seem a bit intimidating, but it's not necessarily just a fancy thing that professional chefs do. Depending on the type of pie that you are making, it can be pretty important to achieving pie perfection.

If you've ever taken a bite out of a pastry and noticed that it was a little soggy or undercooked at the bottom, it's probably because the ingredients or the filling of the pastry made the whole dessert too thick for the heat to evenly bake the whole crust while it's in the oven. That's where blind baking comes in.

What Is Blind Baking?

Do You Have to Blind Bake Your Pie Crust?

Another time you might consider blind baking a crust is if your filling needs to cook but will take less time to cook than the pie itself. This is often true for things like quiche and meat pies. 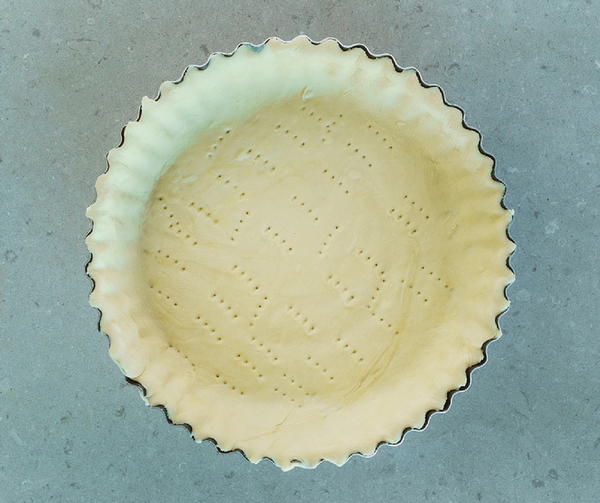 There are basically two ways to go about blind baking: docking and using pie weights.

Docking
As pictured above, docking a pie crust refers to poking the unbaked crust with a fork. When the crust is in the oven, the air that gets trapped between the crust and the pie pan itself will expand. This can cause the crust to bubble and crack, which will leave you with less room for your filling and a fragile pie. Docking prevents this by letting the air escape through the holes made by the fork.

Pie Weights
This method uses weights to press the bottom of the crust down in the oven to prevent bubbling, instead of letting the air escape, like with docking. There are different types of pie weights, but for the most part, they all work the same way. It is recommended, though, that you place a piece of parchment paper between the pie weights and the crust itself. This will prevent the weights from making marks in the crust and will help them hold the pie down evenly during baking.

Try these blind baking techniques on a pie recipe like this one for Laced-Up Cherry Pie! 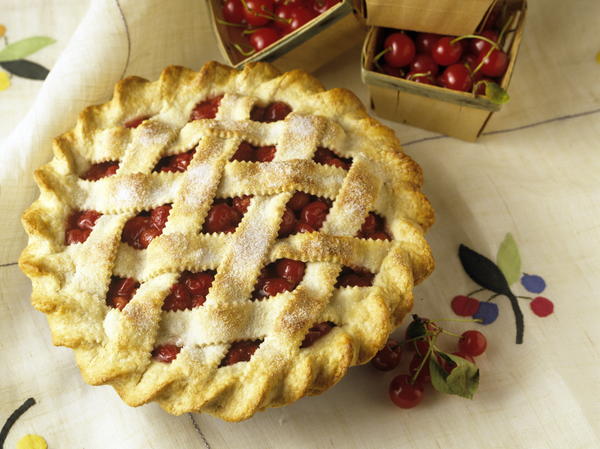 Be sure to add a little bit of butter to the side of the parchment paper that will come in contact with the crust. Another option is to wrap the pie weights in a cheesecloth and set the whole thing in the pie. If you plan to blind bake your pie crust without weights, it's important to remember to dock the crust before baking.

Some common types of pie weights include:

Step One: Preheat the oven to 425 degrees F.

Step Two: Lightly grease the bottom and sides of your pie pan and roll out the crust.

Step Three: For docking, simply prick the bottom of the pie crust thoroughly, making sure to leave about an inch of space between the holes. For blind baking with pie weights, place the parchment paper down and then apply the weights.

Step Four: Bake for 20-30 minutes for a partial blind bake. Bake for 30-40 minutes for a complete blind bake.
Note: If you plan to use pie weights, be sure to remove them halfway through the baking process to let the air escape and allow for more even baking.

Step Five: Remove the crust from the oven and let it cool before adding the filling. Continue with your pie recipe as instructed.

You might not think that actually pre-baking your crust is important, but if you try it, you will likely notice a difference in how your crust holds up.

Get your pie on! Blind baking is important for pies like this Carolina Sweet Potato Pie, pictured below. 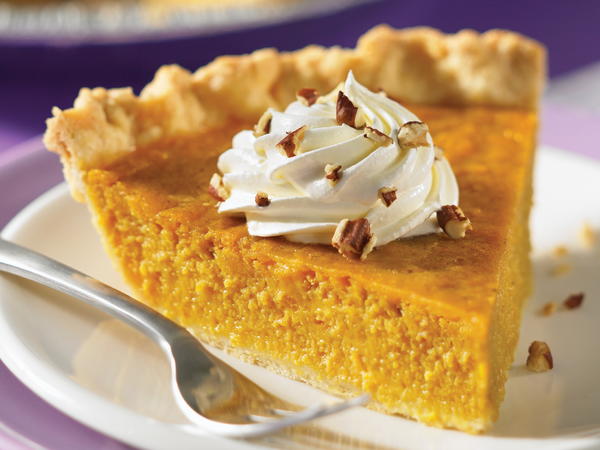 Have you tried blind baking? What are your thoughts?
Let us know in the comments! 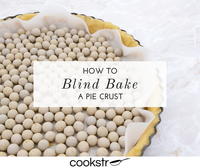