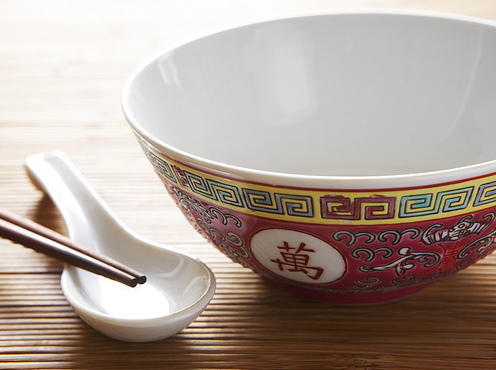 Consider pho, a small word for a big bowl of noodles in soup. The soup is clear; delicate, and redolent of cinnamon, star anise, and ginger. The noodles swirl just below the surface of the steaming broth, barely visible beneath slices of beef, slivers of onion, and a tumble of crisp bean sprouts. A miniscule mountain of aromatic herbs, big green slices of chili, and a chunk of lime attend the bowl, for seasoning everything just so. Pho gives nourishment and pleasure to anyone who sits down to enjoy a bowl. For Vietnamese people far from home, eating pho can set things right, restore the spirit, touch the heart. Pho is a small word for a big, steaming, herb-laden bowl of comfort food. This recipe provides a blueprint for a streamlined home version of pho. It involves a few steps, but none of them is difficult, and with good company and several pairs of hands, everything can be ready in under an hour. Pho takes a little more time than some dishes, but it gives you a memorable, delicious reward.